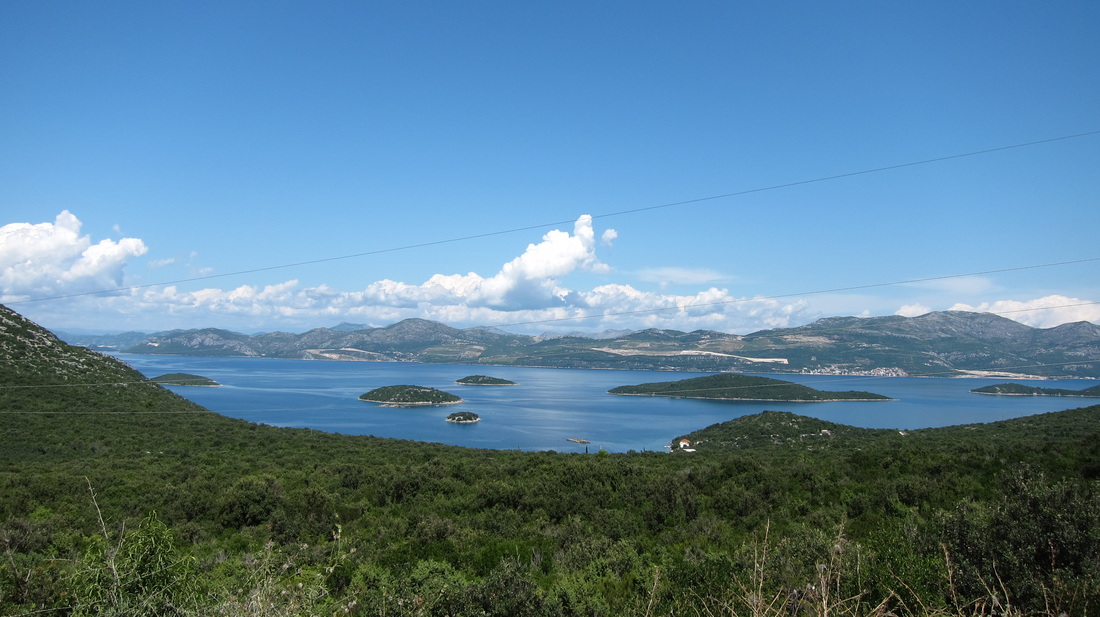 On our way to Korčula. A view from Pelješac peninsula. 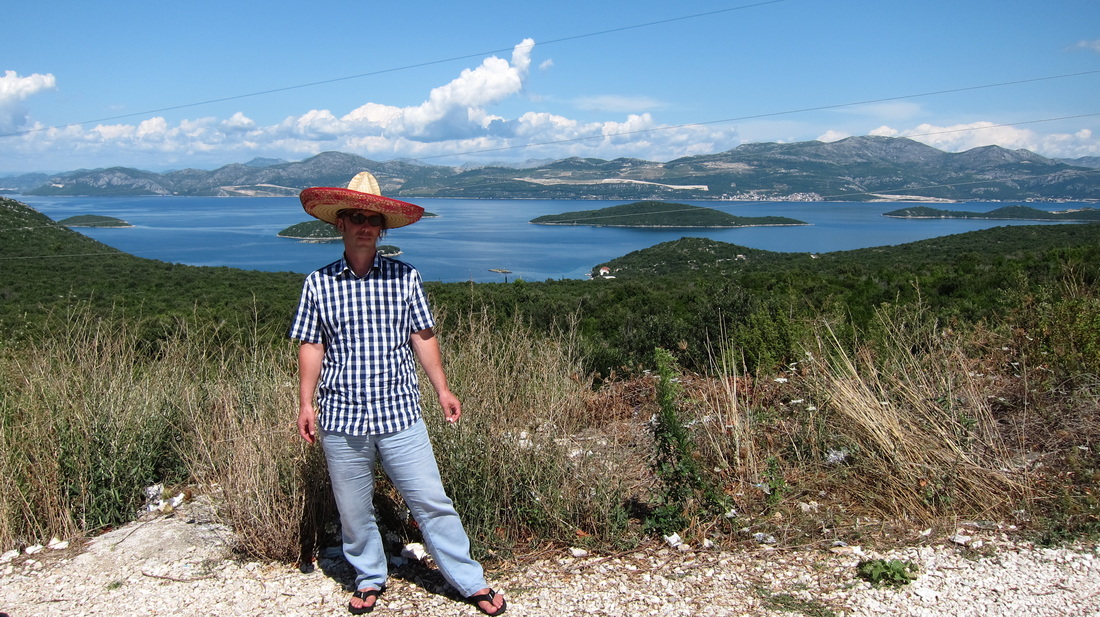 Grasshoppers, Mexicans, you name it! 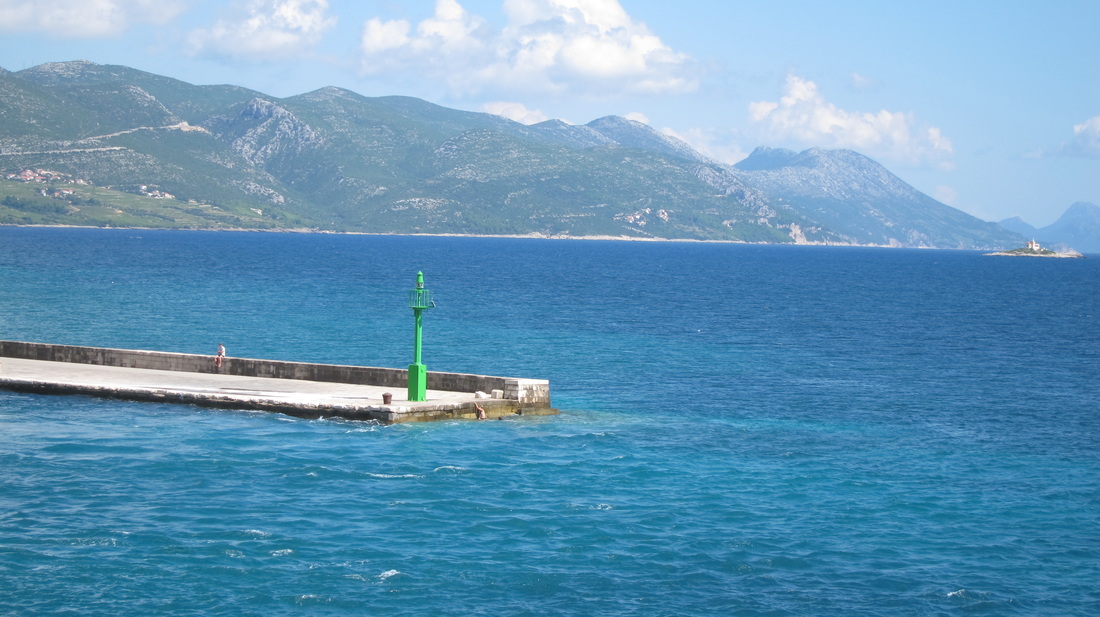 Taking the ferry ride to Korčula. Impossible to capture those immense stretches of blue! 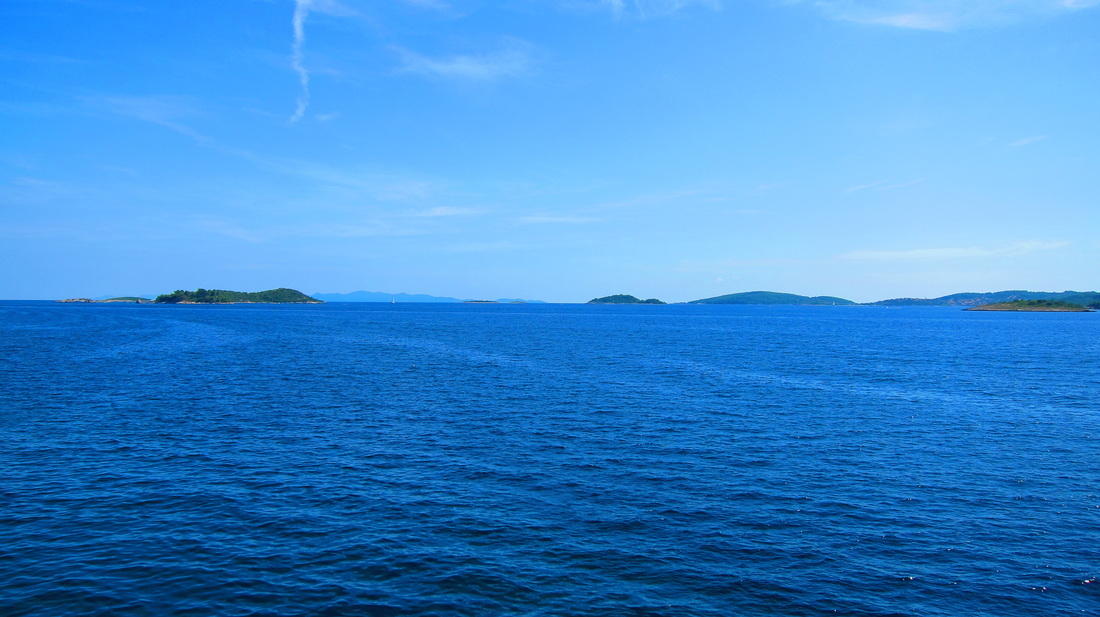 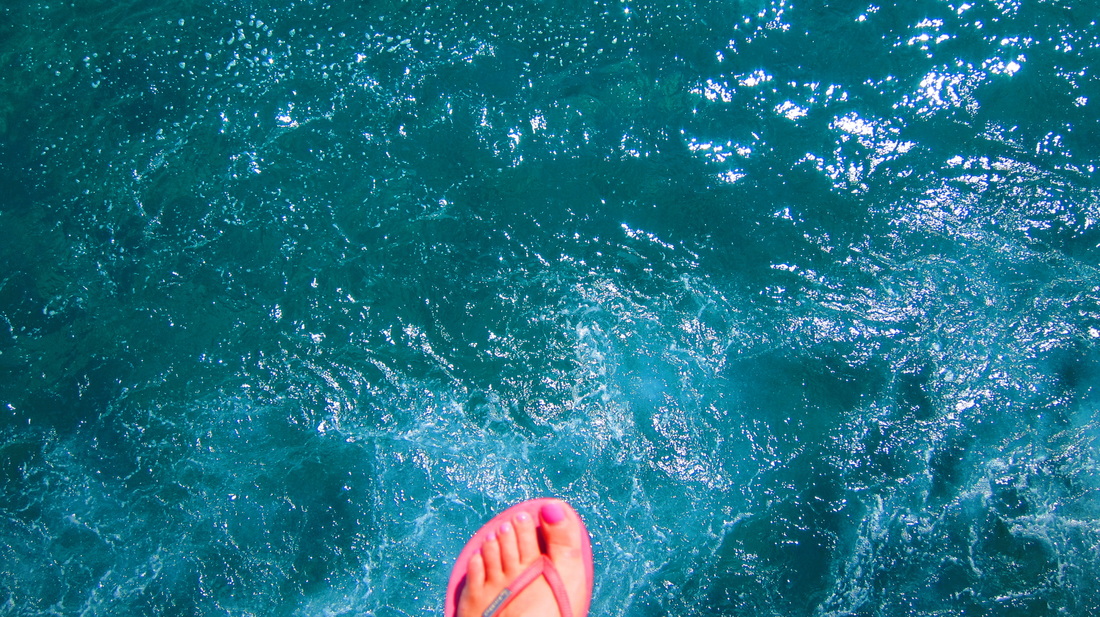 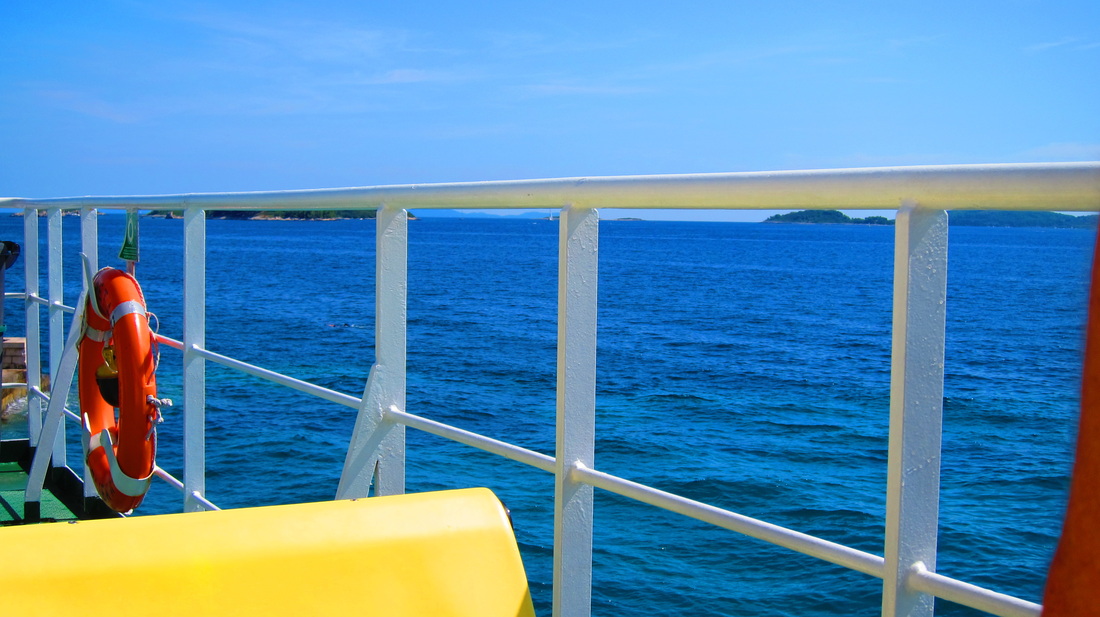 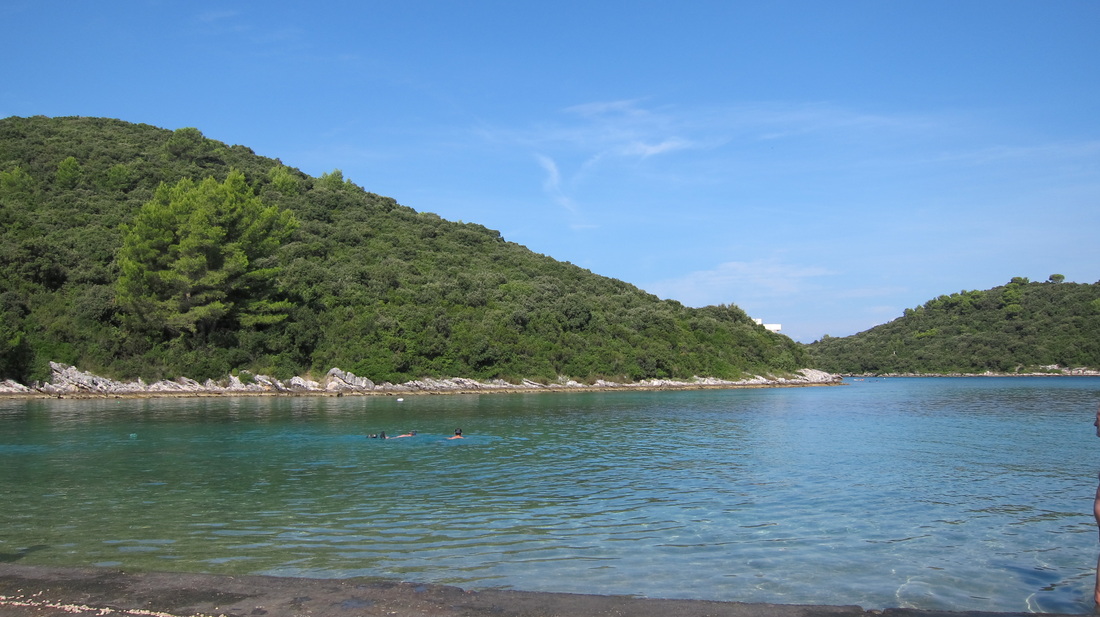 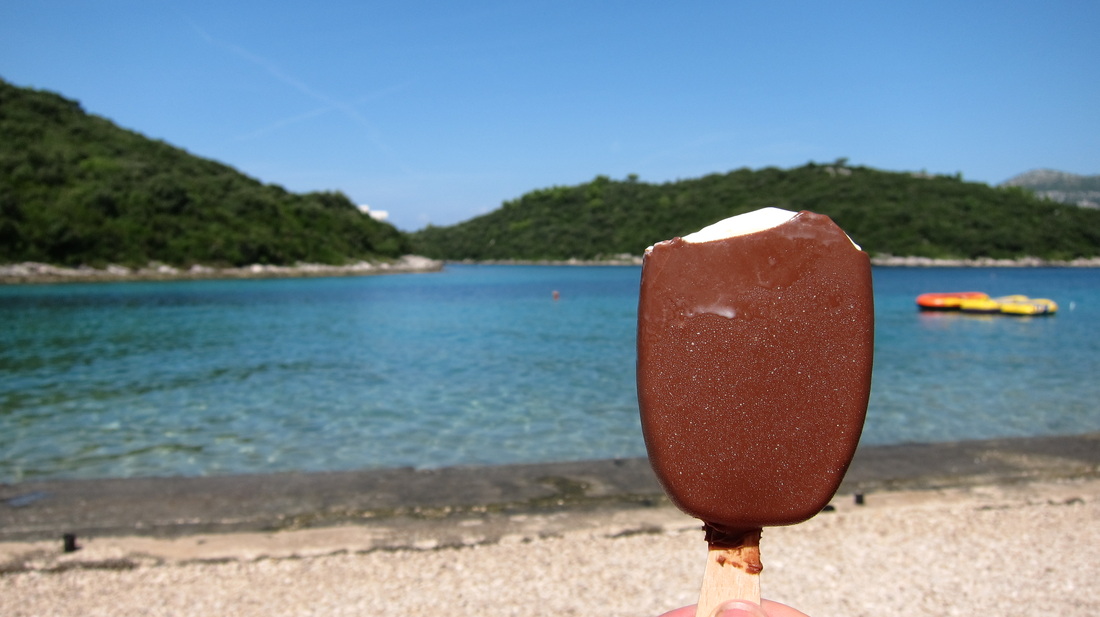 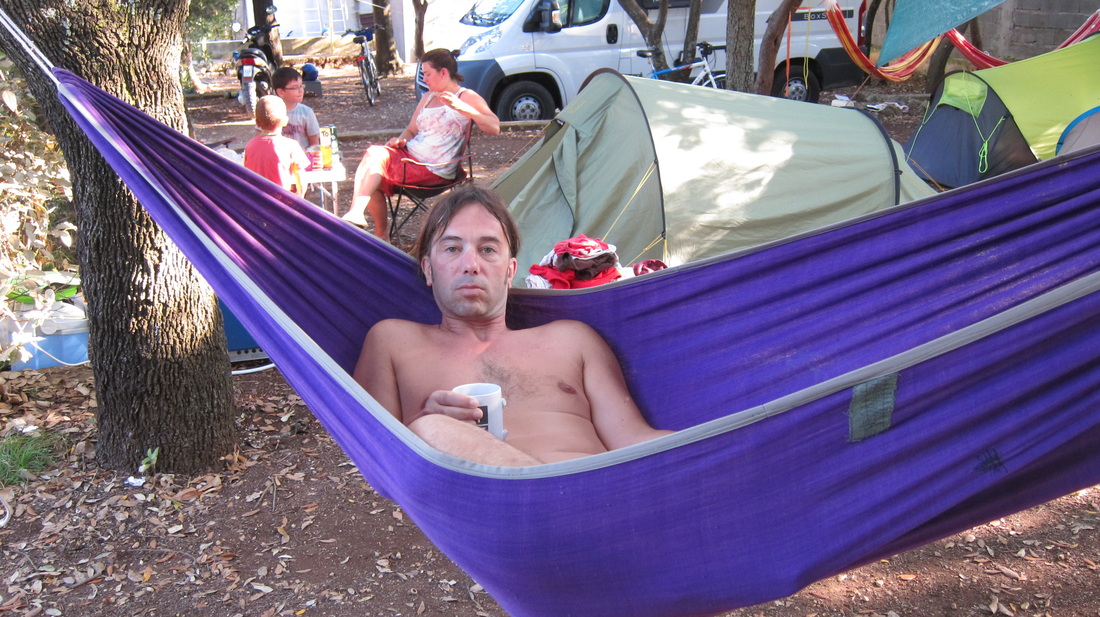 Morning face No. 1
My first impression of Korčula was that it is much more culturally genuine than Dubrovnik. Lots of young creative people there. Art galleries were more original and less commerically orientated, there was live music in several bars, with some really groovy and accomplished musicians. I was suprised to find two designer stores in such a small town, both stocking carefully curated pieces by reknowned Croatian fashion designers.
The old part, hiding behind the walls, has an interesting leaf-shaped structure, supposedly to protect it form wind and sun. Houses are aligned like veins in a leaf.
Another interesting fact is that the town claims to be the birth place of Marco Polo. In addition to a Marco Polo museum, there is also a chain of Marco Polo themed stores scattered around the town. 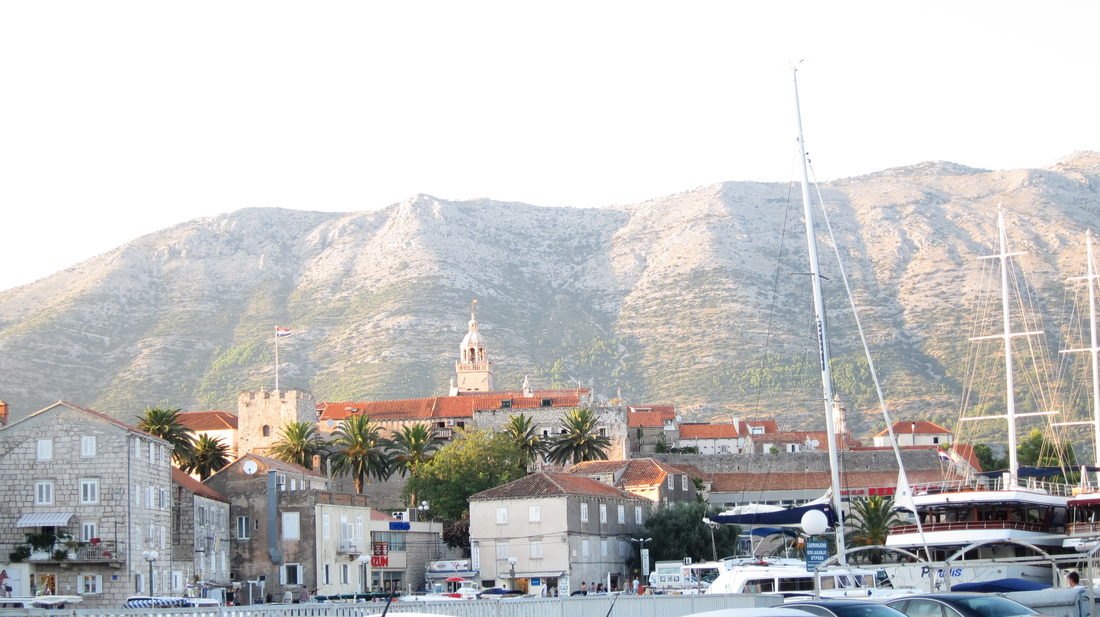 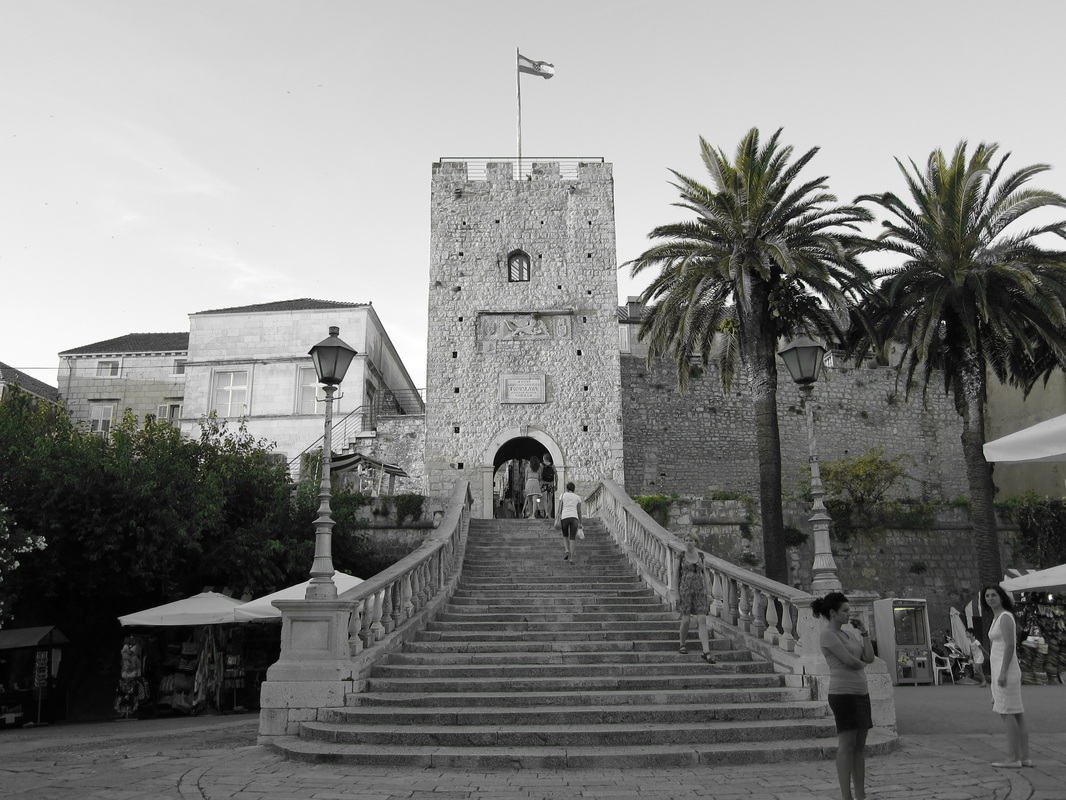 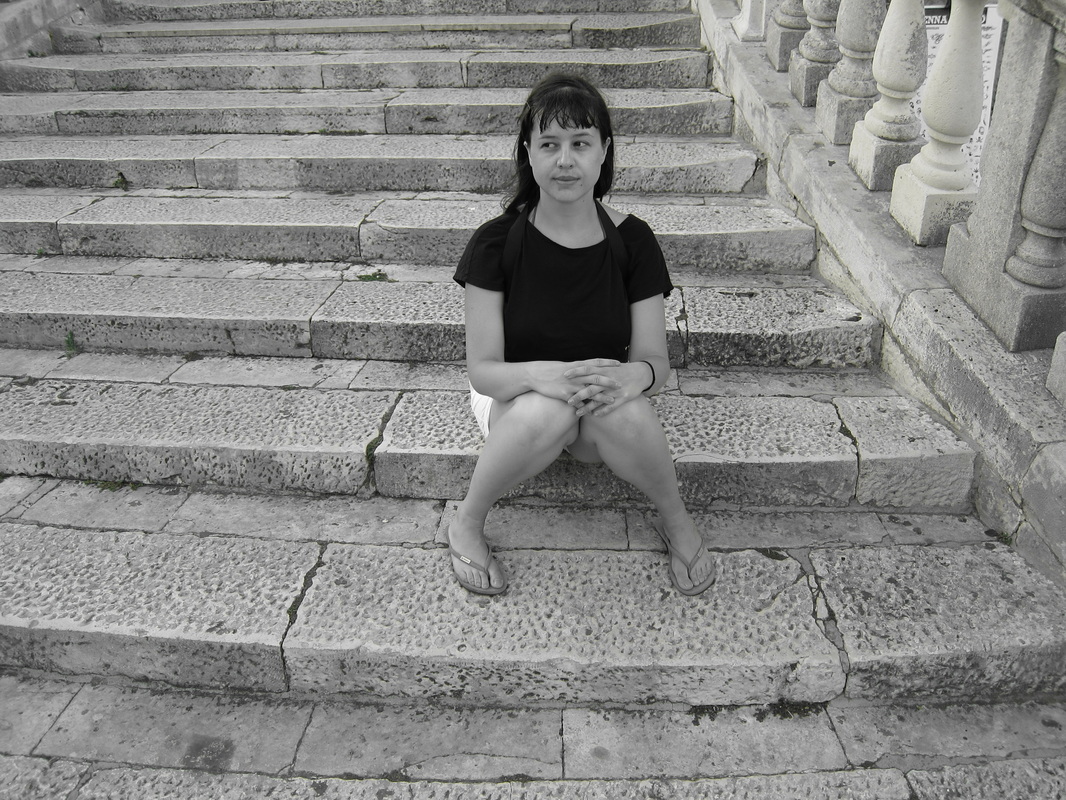 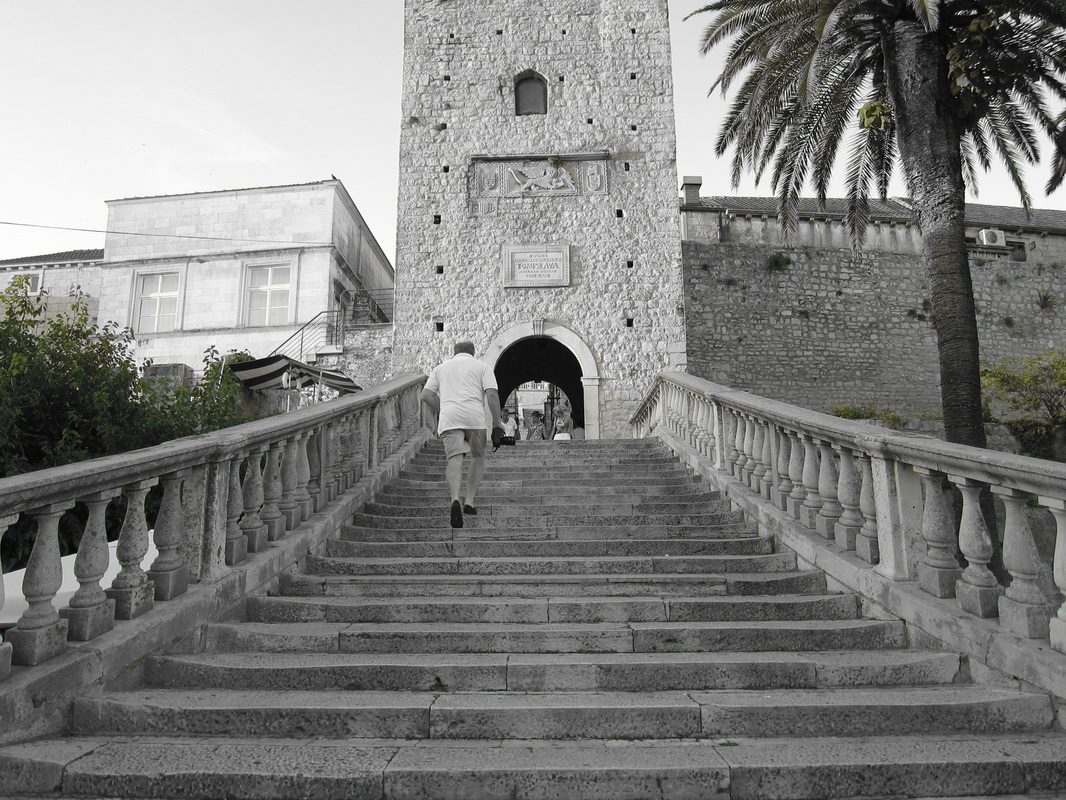 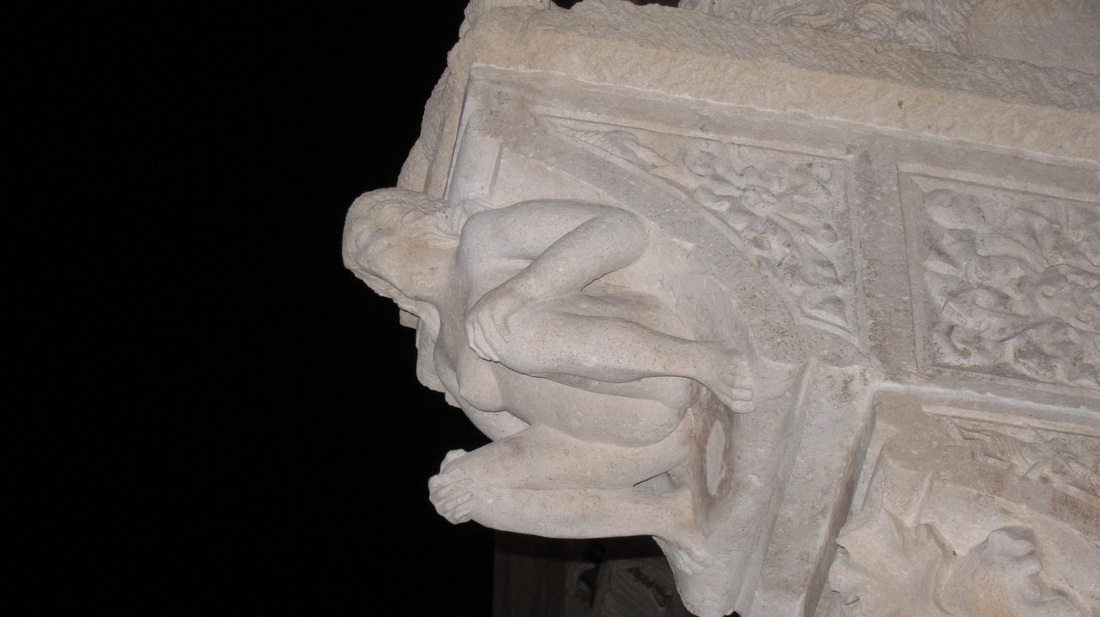 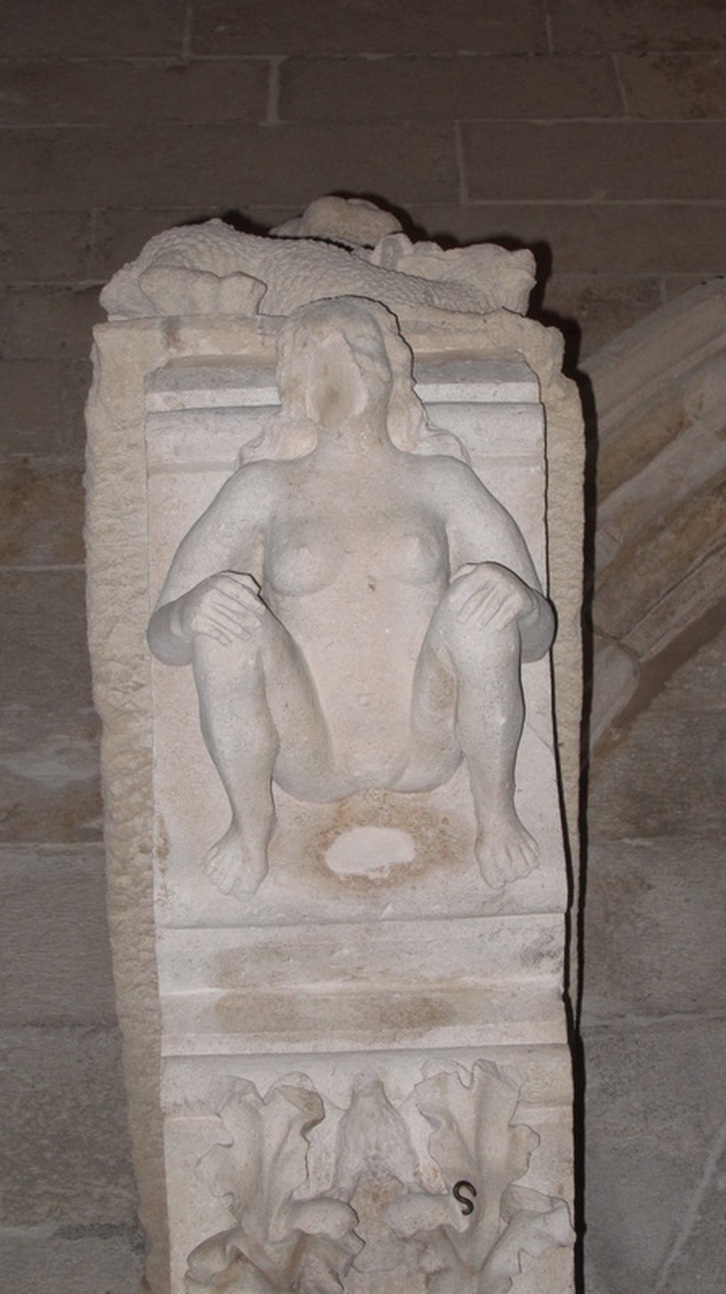 These kinky sculptures are to be found on the facade of the cathedral. 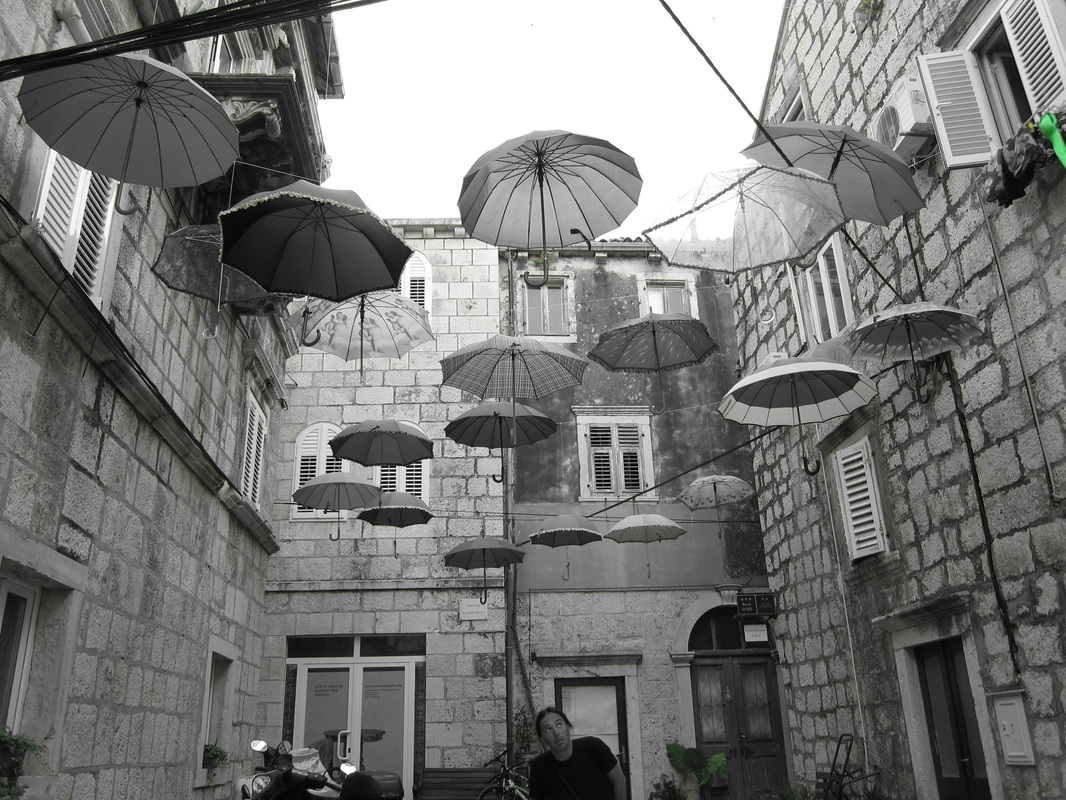 This reminded us of Ljubljana. 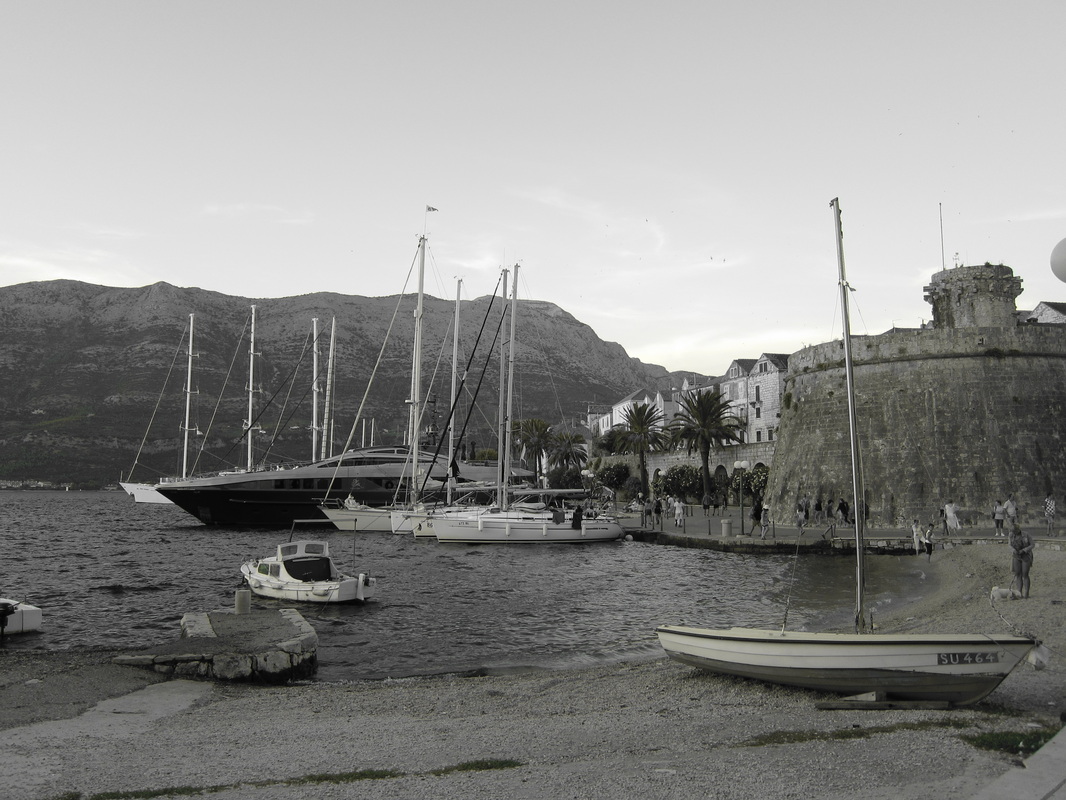 Another view of Korčula town.
We also drove to a port town called Vela Luka, which is some 50 kilometers from Korčula town, on the opposite extremity of the island. Some photos from there: 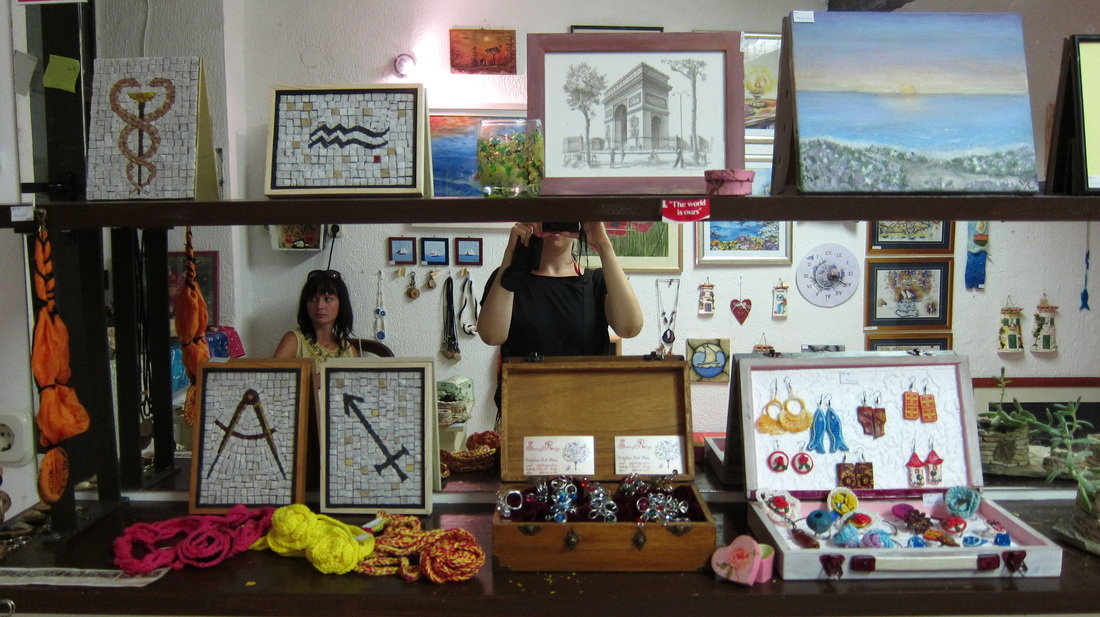 I really liked this eclectic art gallery. Some “winter” necklaces made of wool, mosaics, earrings, watercolours as well as paintings with maps incorporated in them, some of which were not even for sale. Loved it! 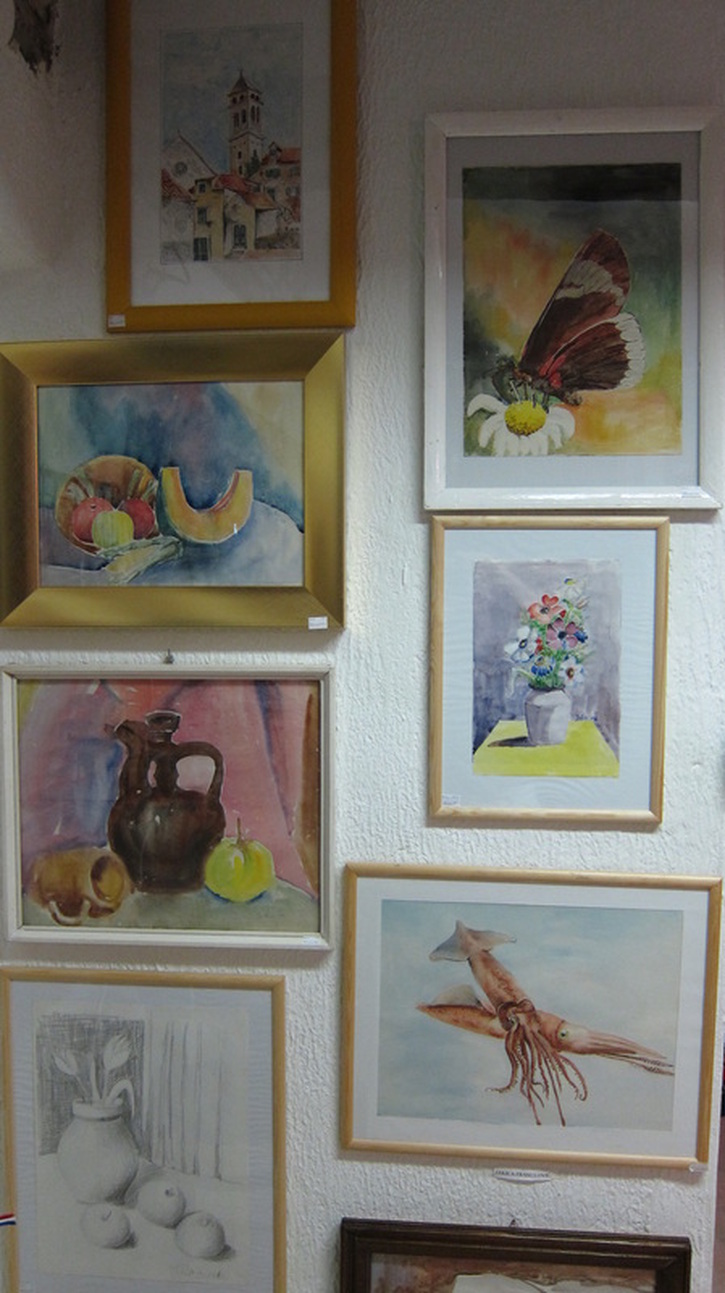 These may seem a tad unprofessional, but they contain so much more spirit than the tacky pieces you would normally find in coastal art galleries. 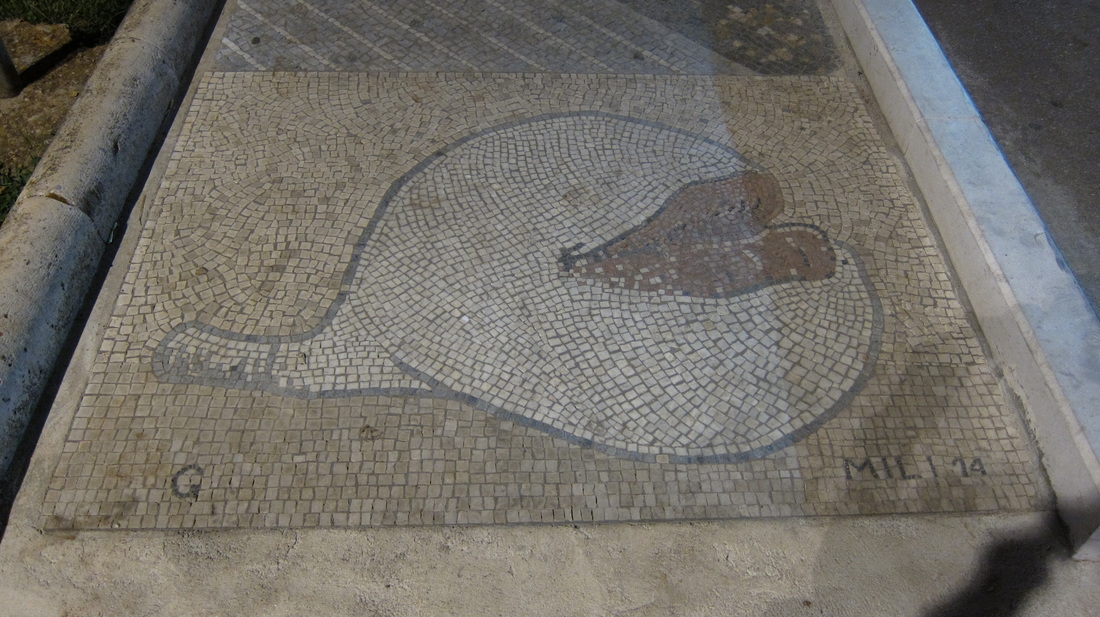 Funky mosaics on the pavement. 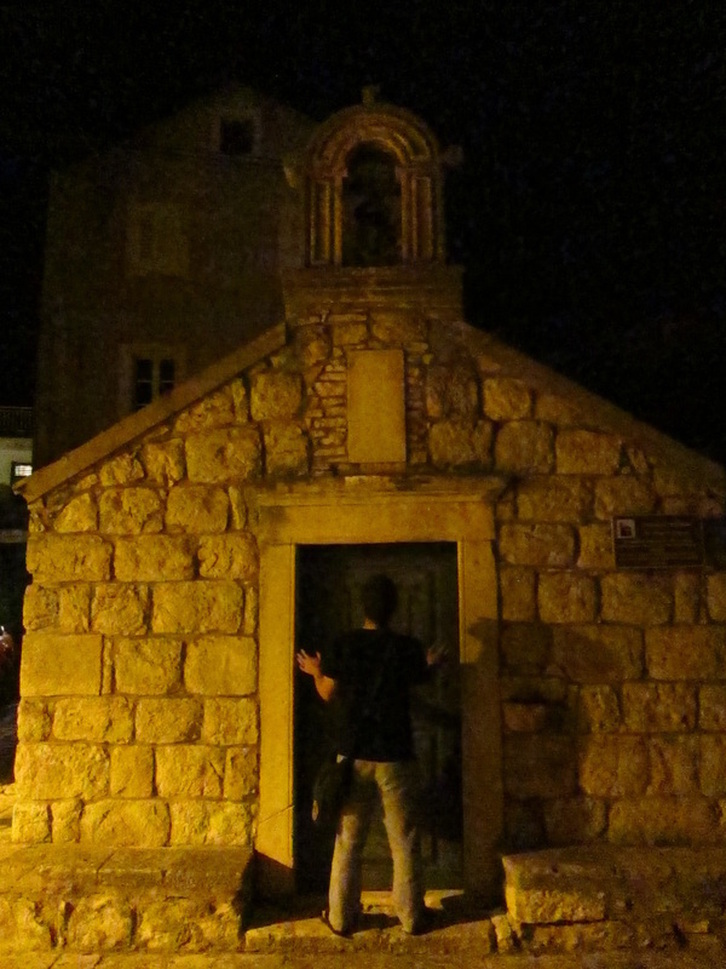 This is one of the smallest churches I have ever seen.
Watch this space for more hopping adventures!Cheers,