I know, know, it appears to be a full-blown autumn, here, on the sunny side of the Alps. Alas, I happen to have the last of my summer adventures to post about, so bear with me, ok J Or, better yet, indulge vicarously in this summery atmosphere haha!

Of course, we had missed our ferry by a split second, but on the positive side, we got to experience this beautiful sunset-tainted colours on our ride! 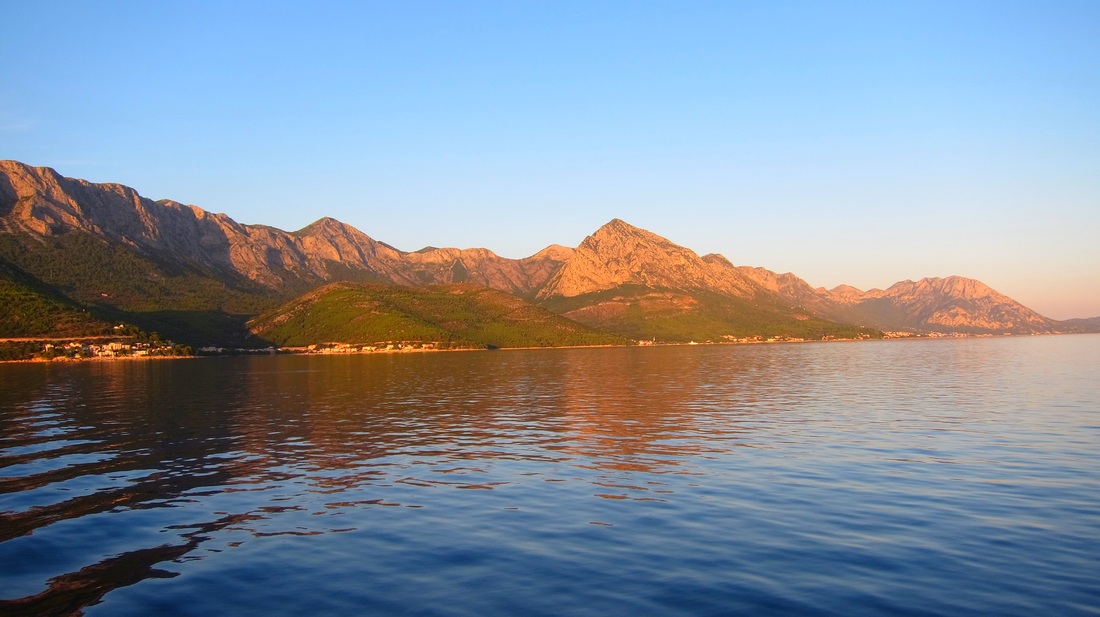 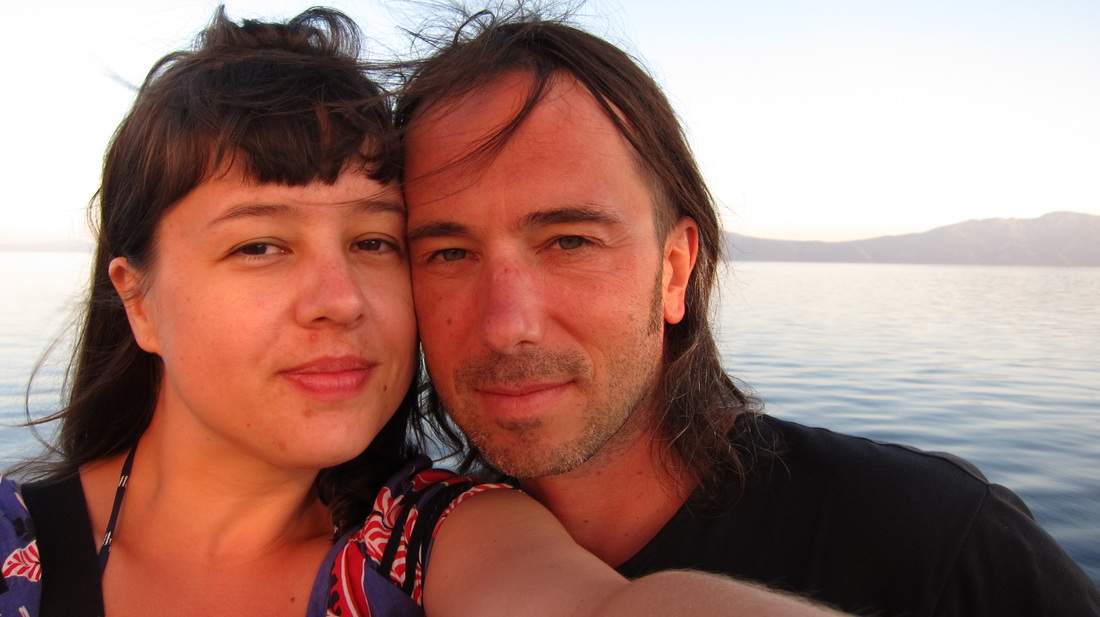 When we arrived to Stari Grad to find a camping site there, it was already dark. But we took a stroll and the town and it had proved surprisingly clean, well-lit and well-maintained, full of palm trees and even lively (though the main party scene is actually in Hvar town). There was a loud party that could be heard all over the place, but that did not prevents us from falling asleep, we were sooo tired! 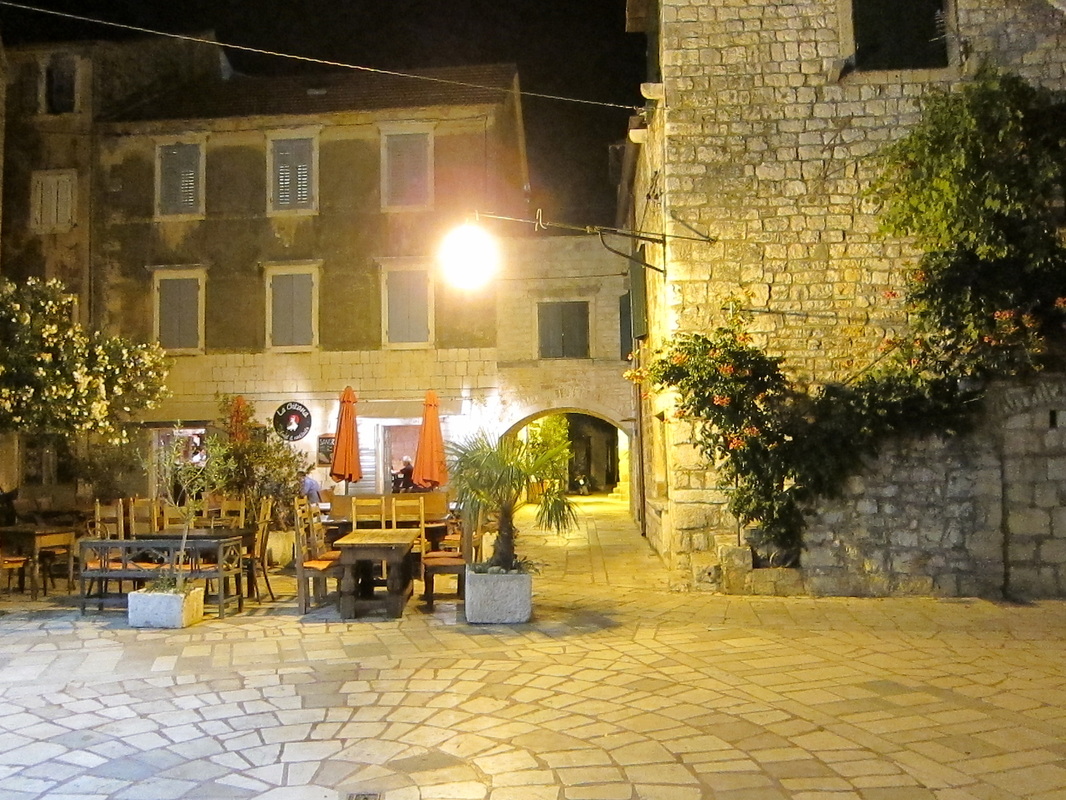 The next day, we decided to explore the island. First on our list was Jelsa, which was as pretty as any coastal town, with buildings aligned around the harbour.
It nevertheless sports this thoroughly un-orthodox souveniur shop: 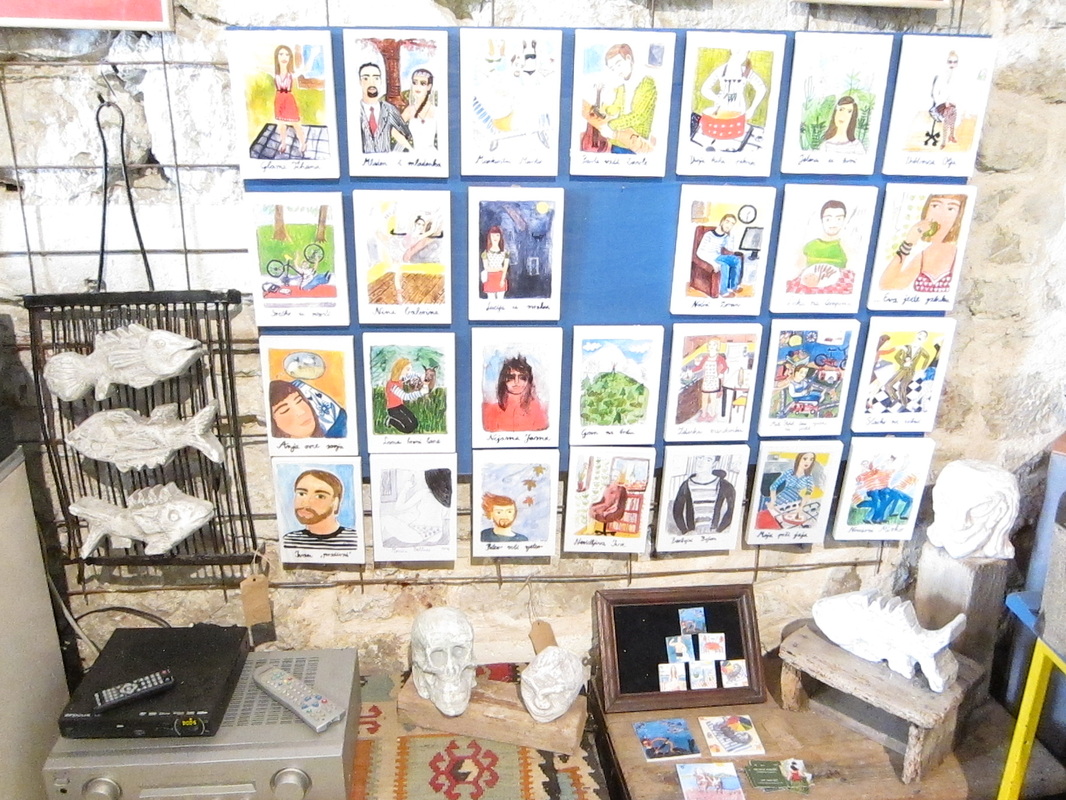 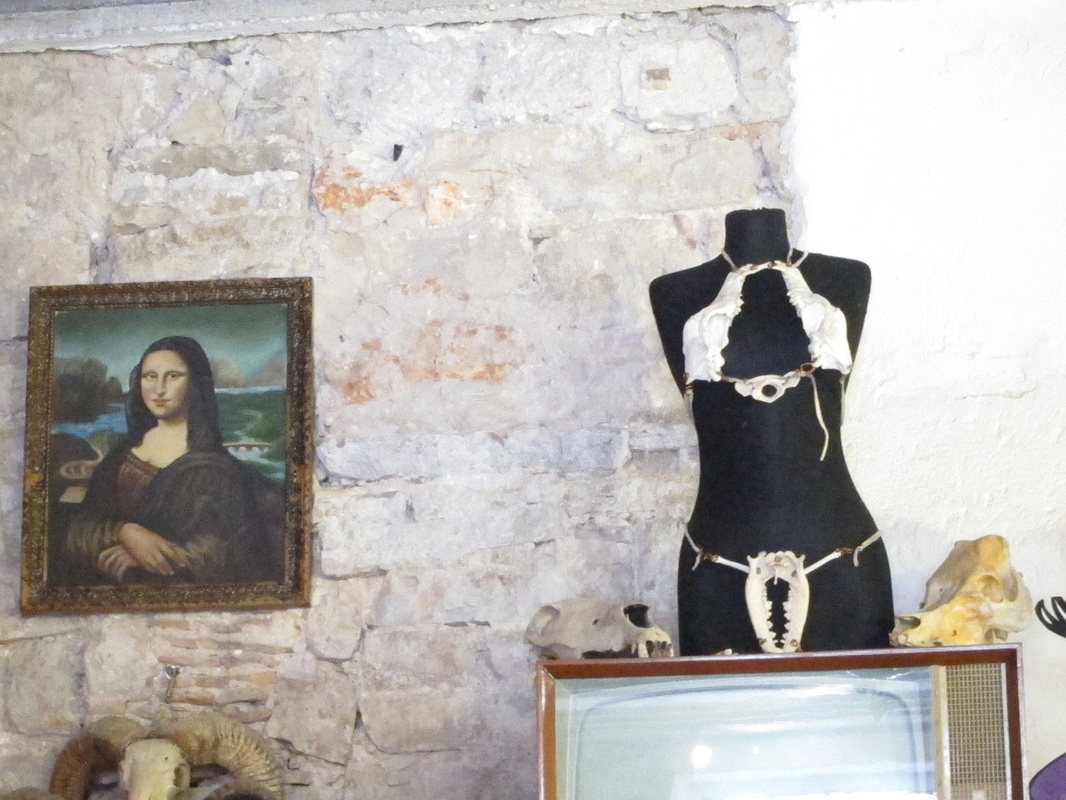 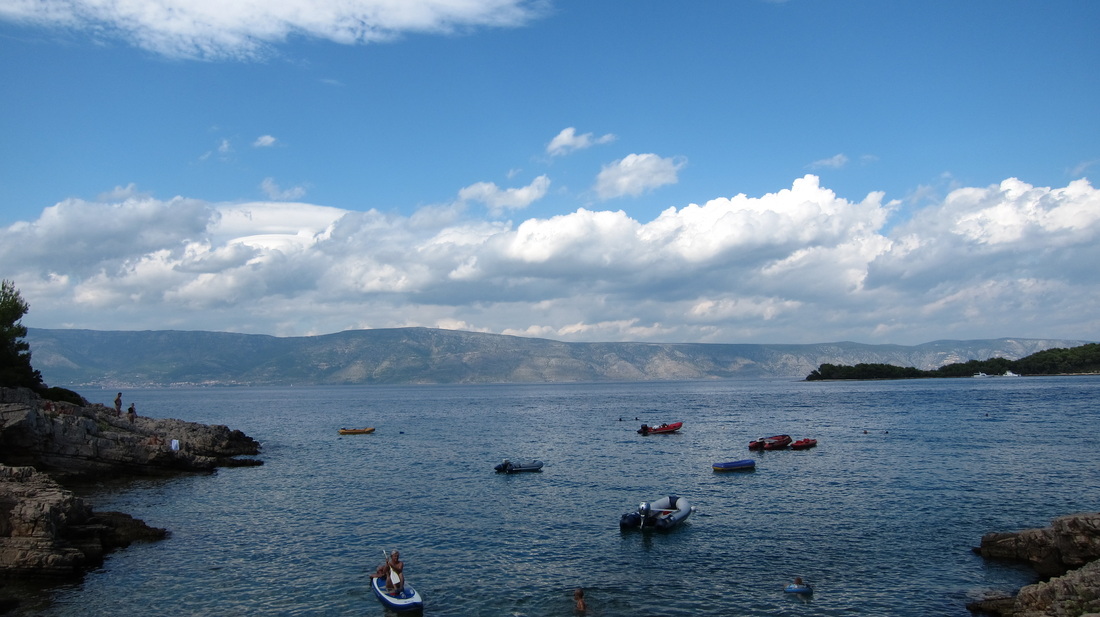 Beach #1 – part of a naturist camp near Vrboska. Pretty cool shingle beach, all in all. 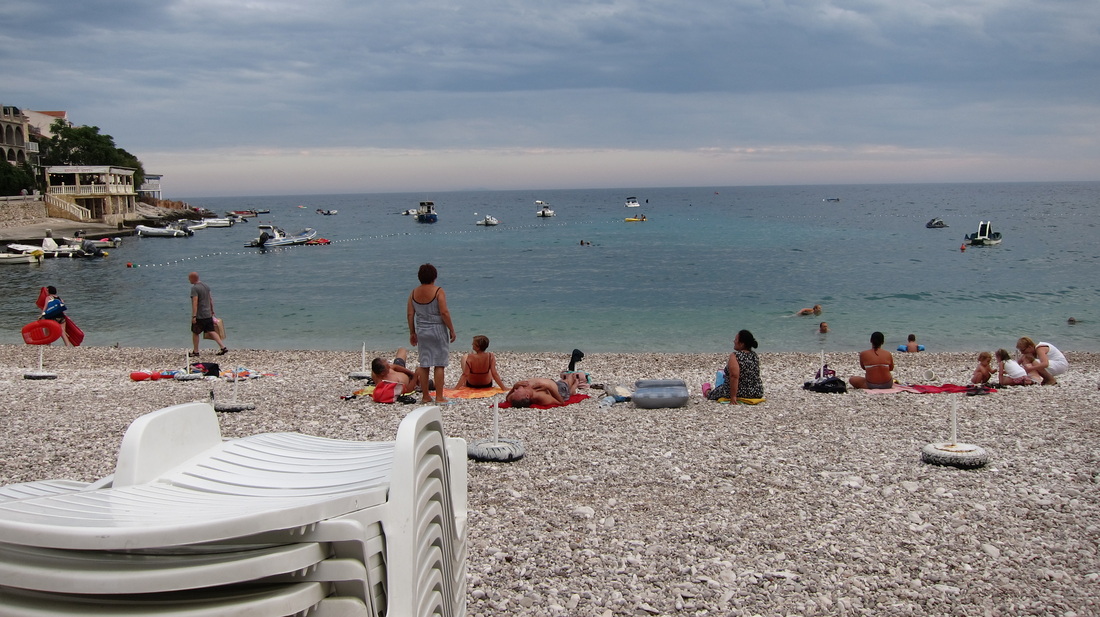 Beach #2 – Milna. The prettiest beach we’ve seen on the island. There is however a possibility to go swim on some islands near by (Pakleni otoci), which we haven’t tried out this time around. 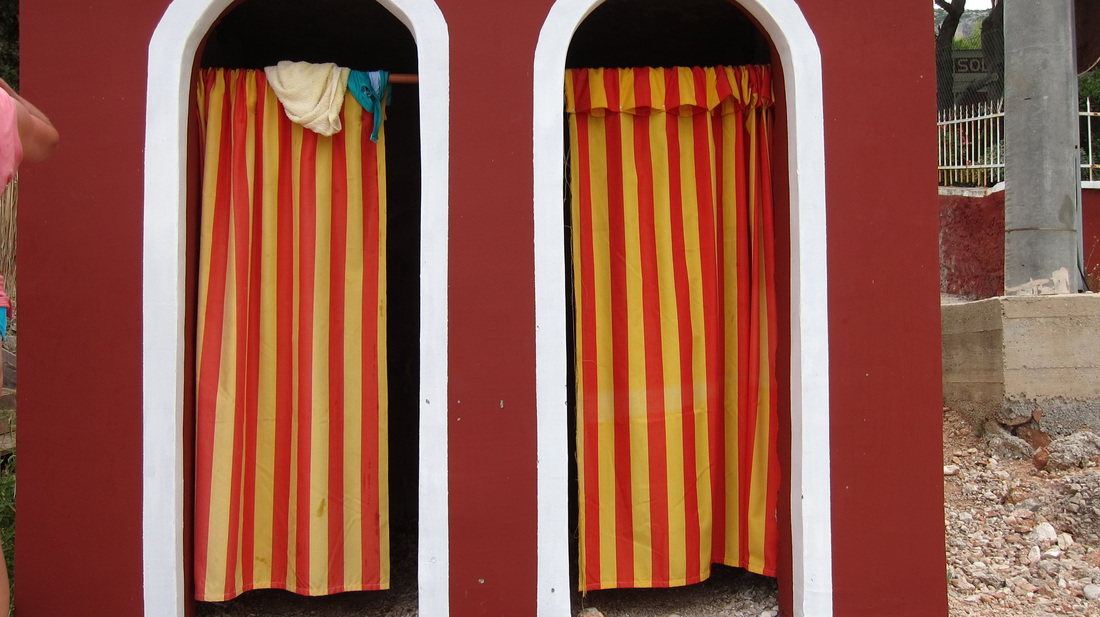 Changing cabins with a vintage twist.
We opted for “vagabond” travelling style and cooked all our meals ourselves (save for occasional slice of pizza). It is pretty convenient if you already have a car to drive all the utensils around. 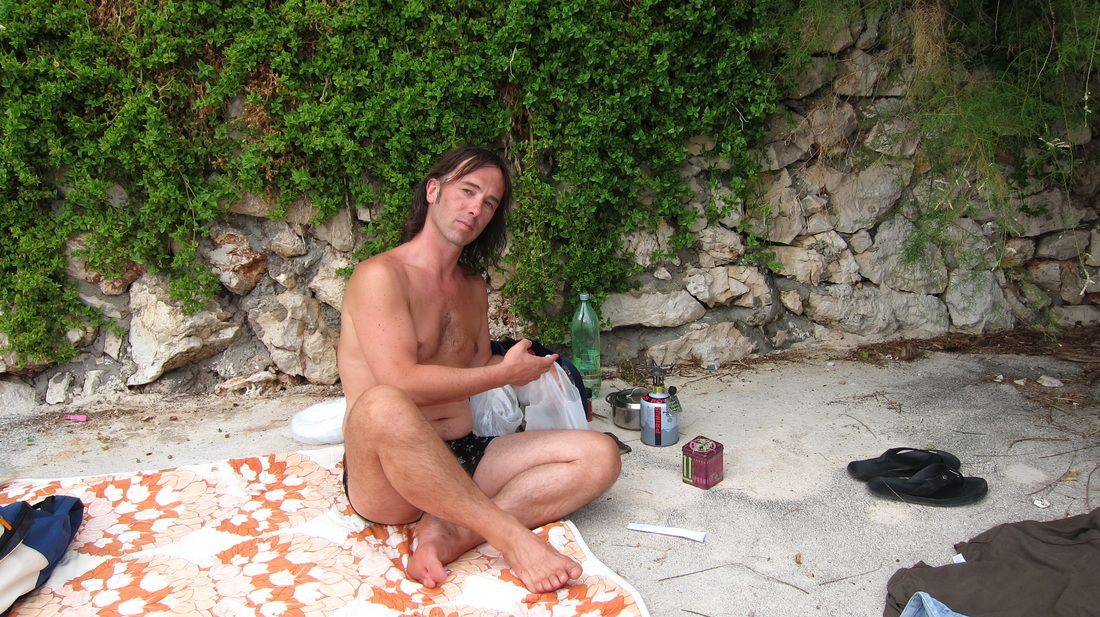 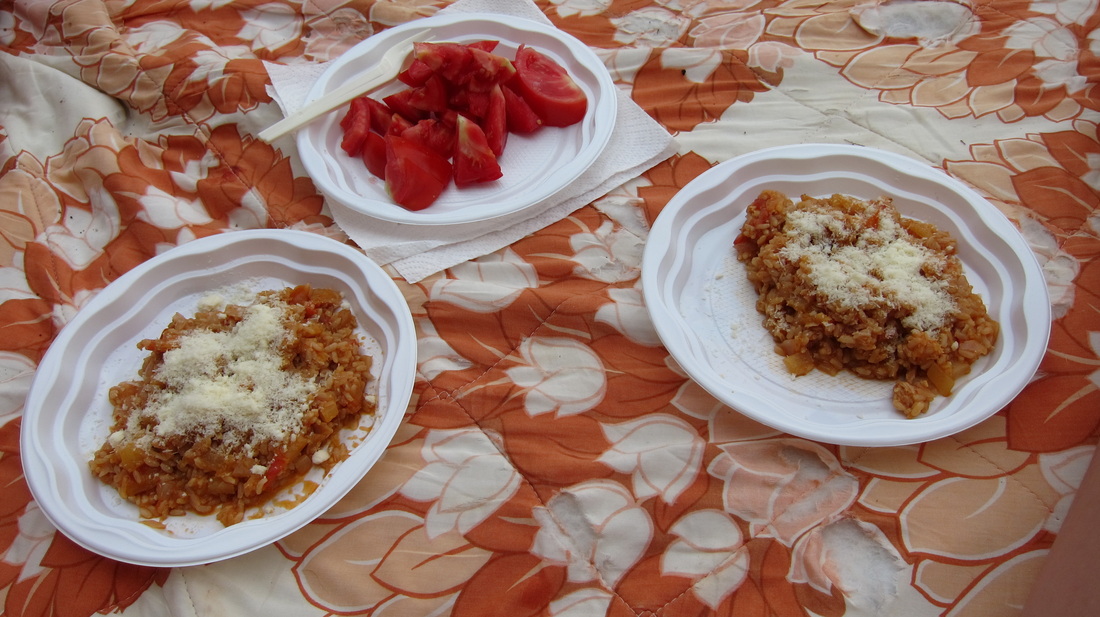 Voilà – delicious risotto frutti di mare (with canned tuna, actually :D)
Hvar town – finally. I was so anxious to see it, reading so much about it in the guidebooks. Was actually smaller than I expected, the shopping was ok, though somewhat mediocre (it almost comes as a rule that the most genuine souvenir shops are to be found in less popular destinations), but all in all, the nightlife was truly exciting and accomodating to most tastes (we even found a swing/jazzy bar with live music) and the tourist crowd was interesting enough to indulge in people-watching. Sadly, no paparazzi snaps this time, I have yet to master this skill! 😉 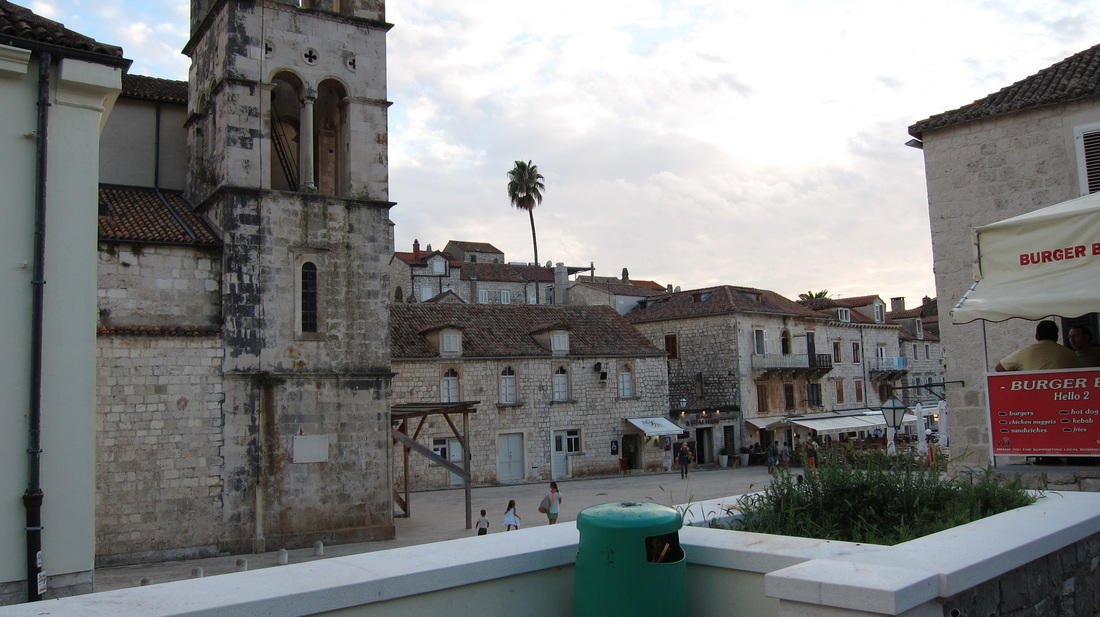 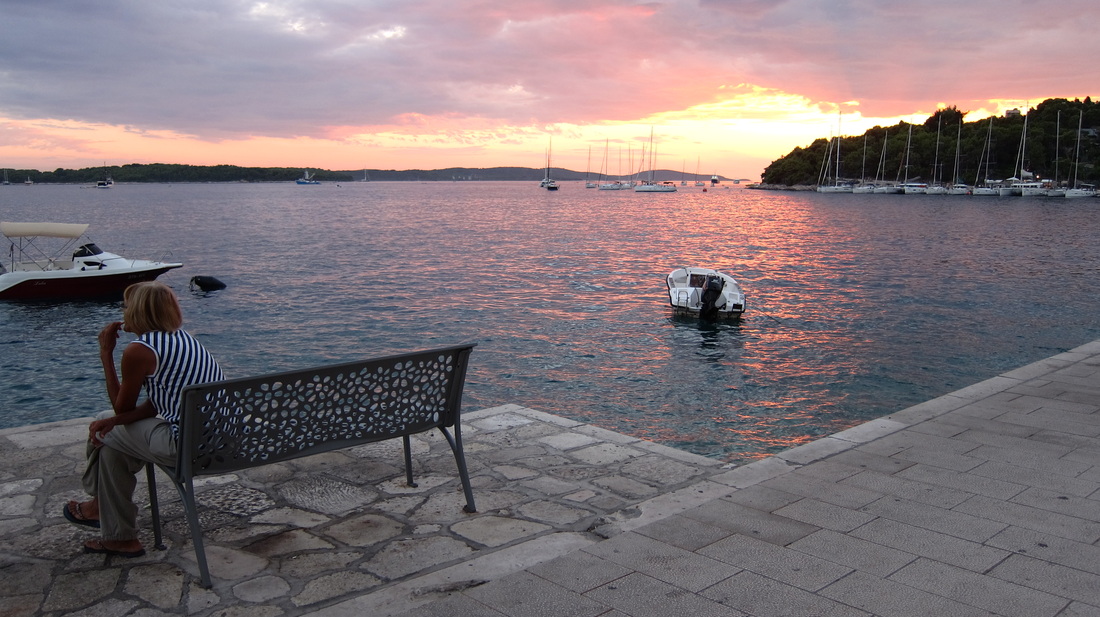 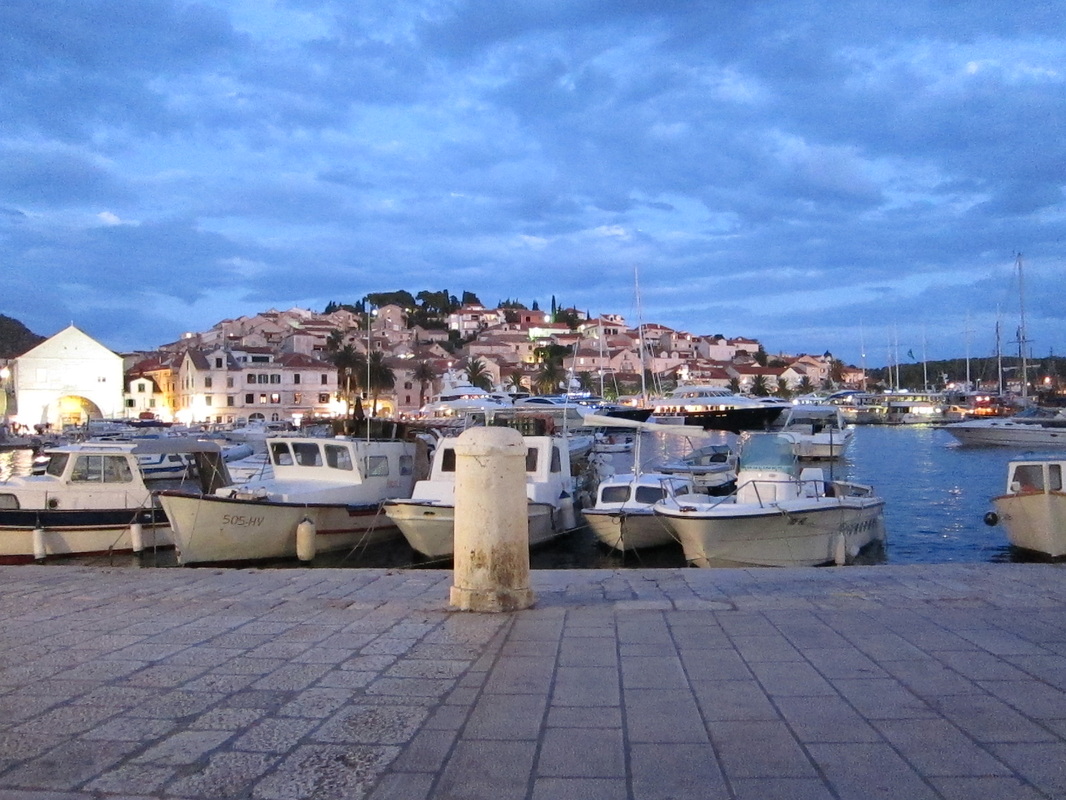 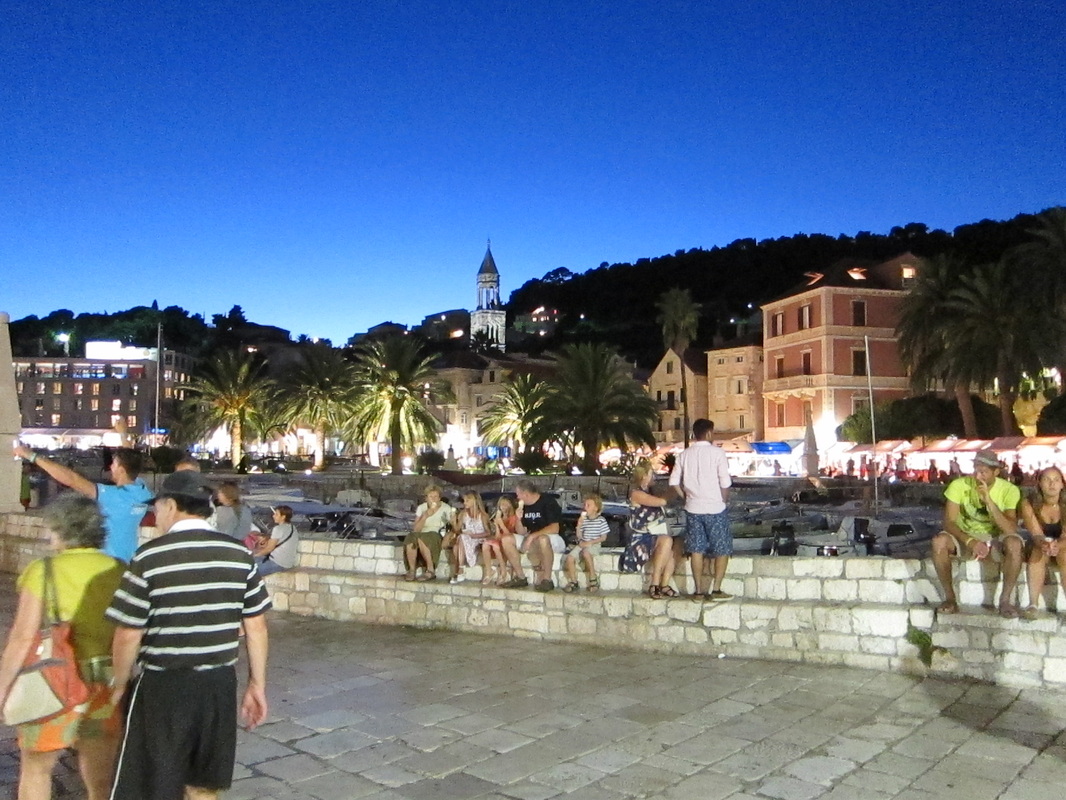 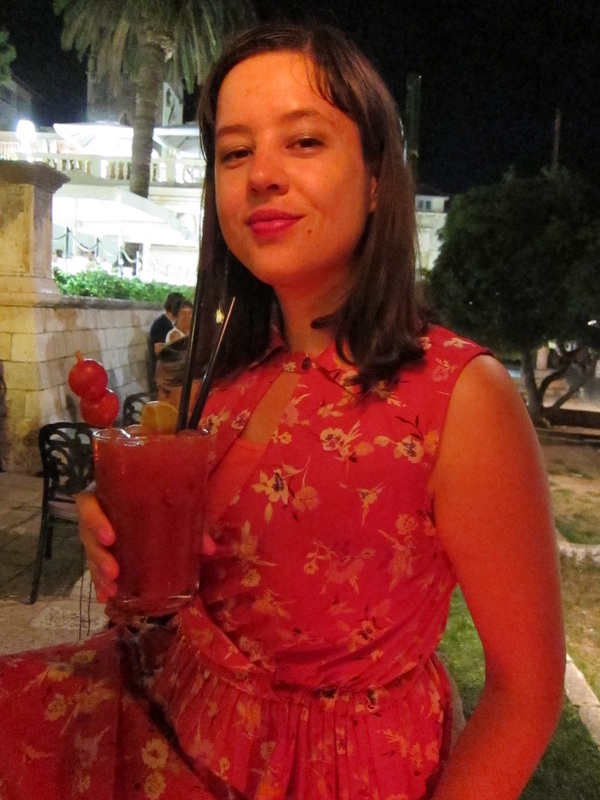 Bloody Mary
On our last day, we visited the “Tvrdalj” – a sort of fortified residence that a renaissance nobleman and a poet Petar Hektorović built in order to protect himself and his friends from invaders. I find it really fascinating how “sea resorts” like Hvar and also Korčula, had such rich histories and were actually at their peaks during the renaissance period, having a great influence in the region at the time, only to slip into oblivion for a couple of centuries, after which they were revived as touristy destinations in late 19th /early 20th century. 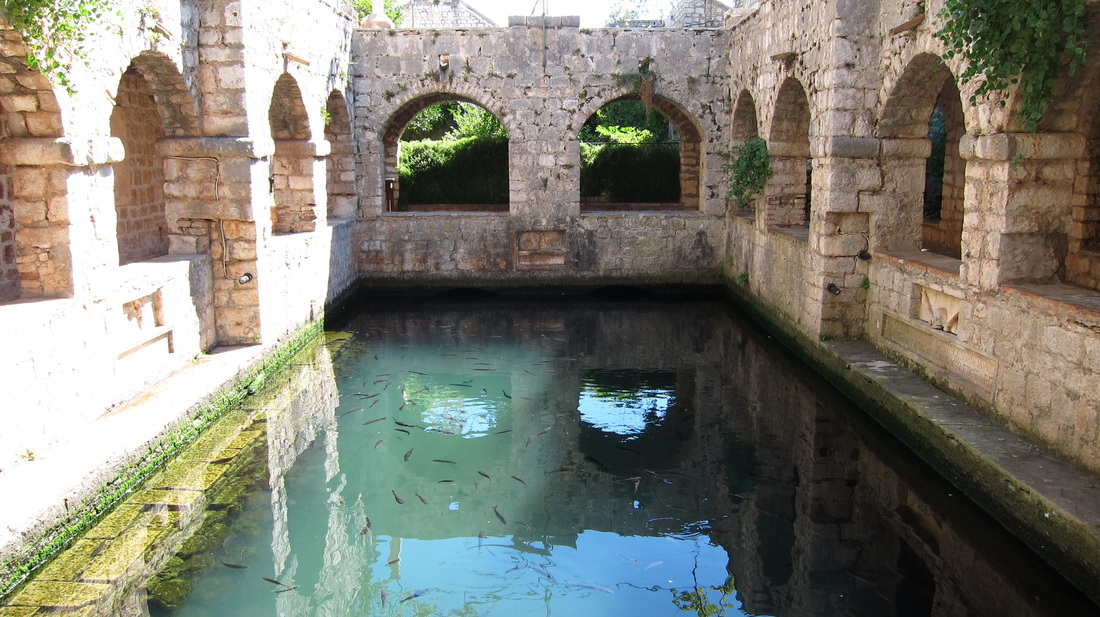 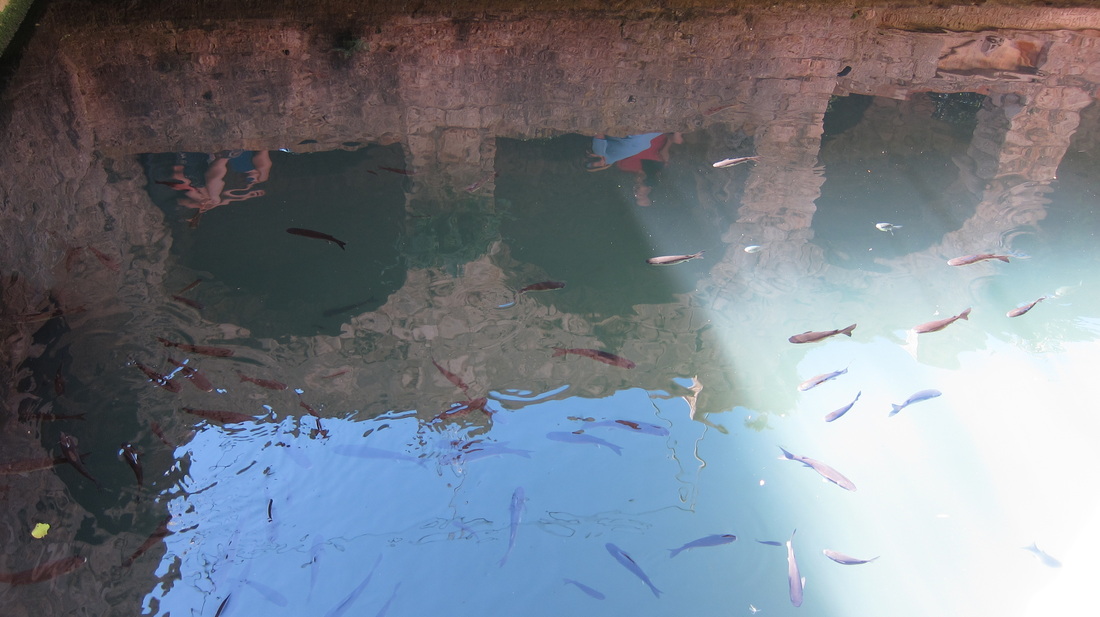 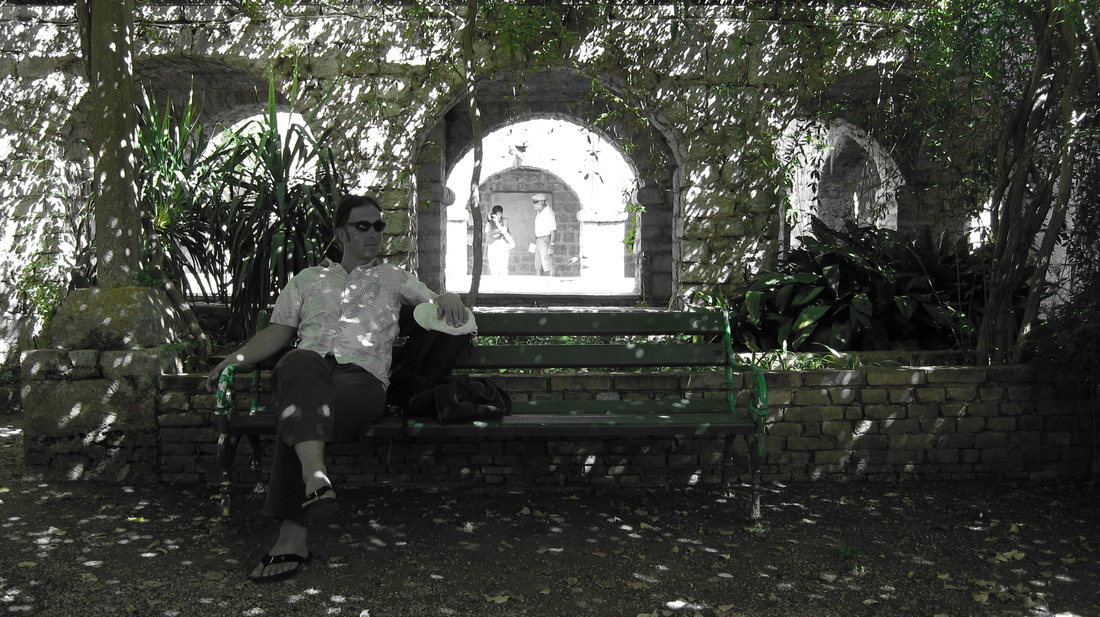 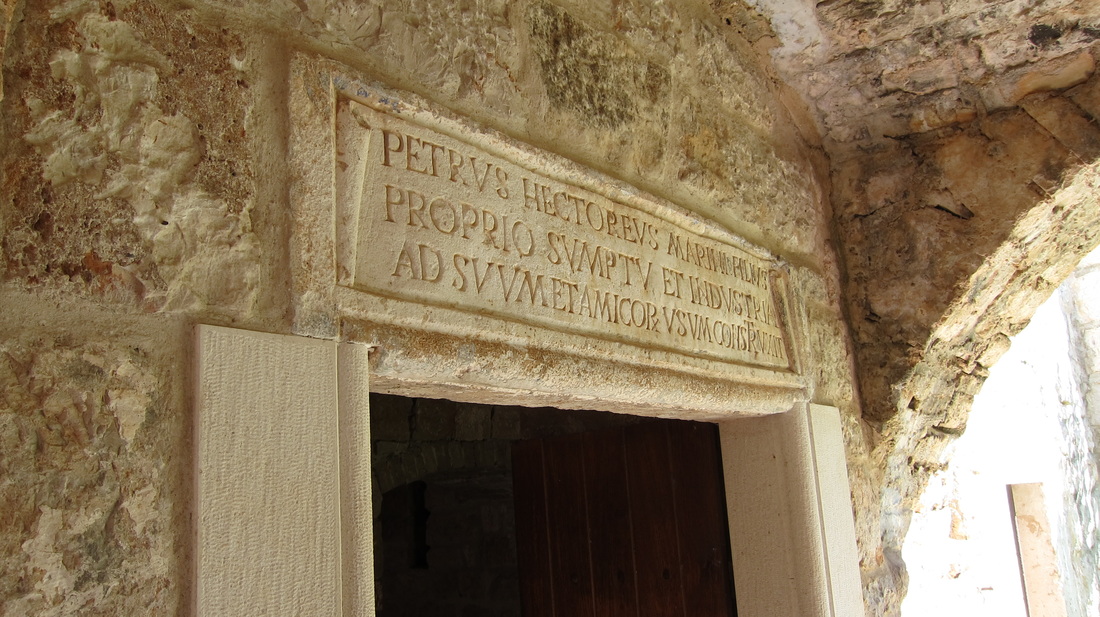 The place is full of metaphysical inscriptions in Latin. 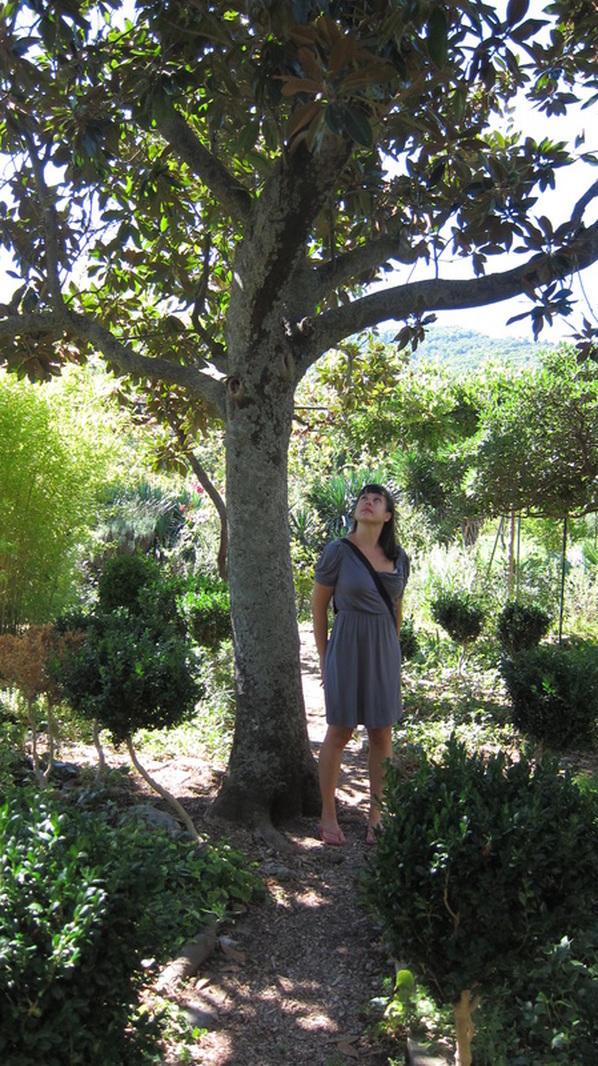 Under the Tree of Knowledge?
Coming back to the title of this post: Faros, meaning a lighthouse, was the name the Greeks gave to the island. But when the Slavic tribes came, the word was difficult for them to pronounce, so they dubbed it “Hvar”. I can only guess how strange this may seem to any speakers of non-Slavic languages. 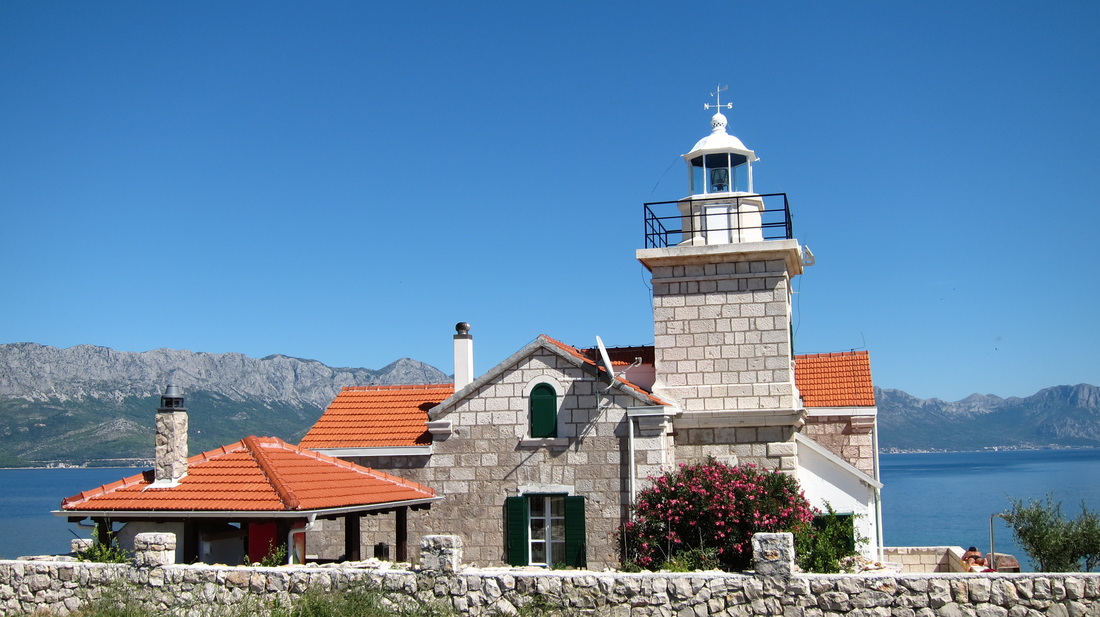 Sućuraj / I have been intrigued by lighthouses ever since I saw Wes Anderson “Moonrise Kingdom” and would find it incredibly romantic to live in one. This one can actually be rented for holidays, so who knows?

Anyway, I hope you enjoyed this last summer whiff of a post and are ready to kick start into Autumn! Any particular plans/resolutions? I will try to come up with some, just like I did for summer, haha … turns out I ticked off most, if not all of the items on the list. Anyways, more on this in one of the next posts, so stay tuned!