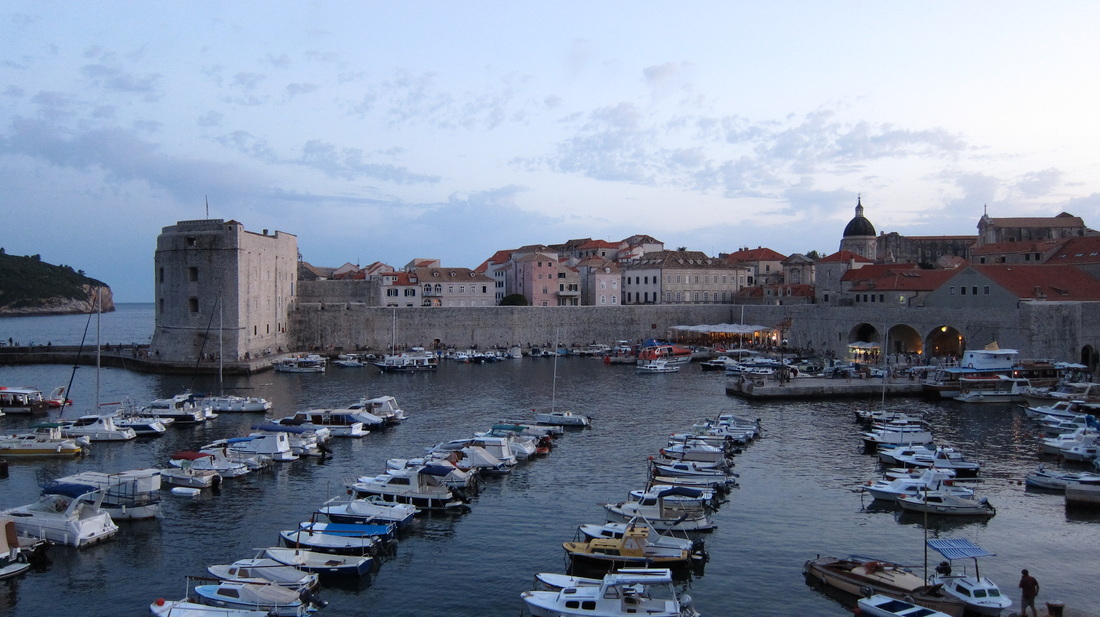 Being accustomed to Croatian coastal towns, Dubrovnik struck me as an odd mix of familiar gastronomy, architecture and natural environment on one hand, and multicultural, colourful and even stylish tourist crowds, that could be seen in any major tourist capital city of Europe, on the other. 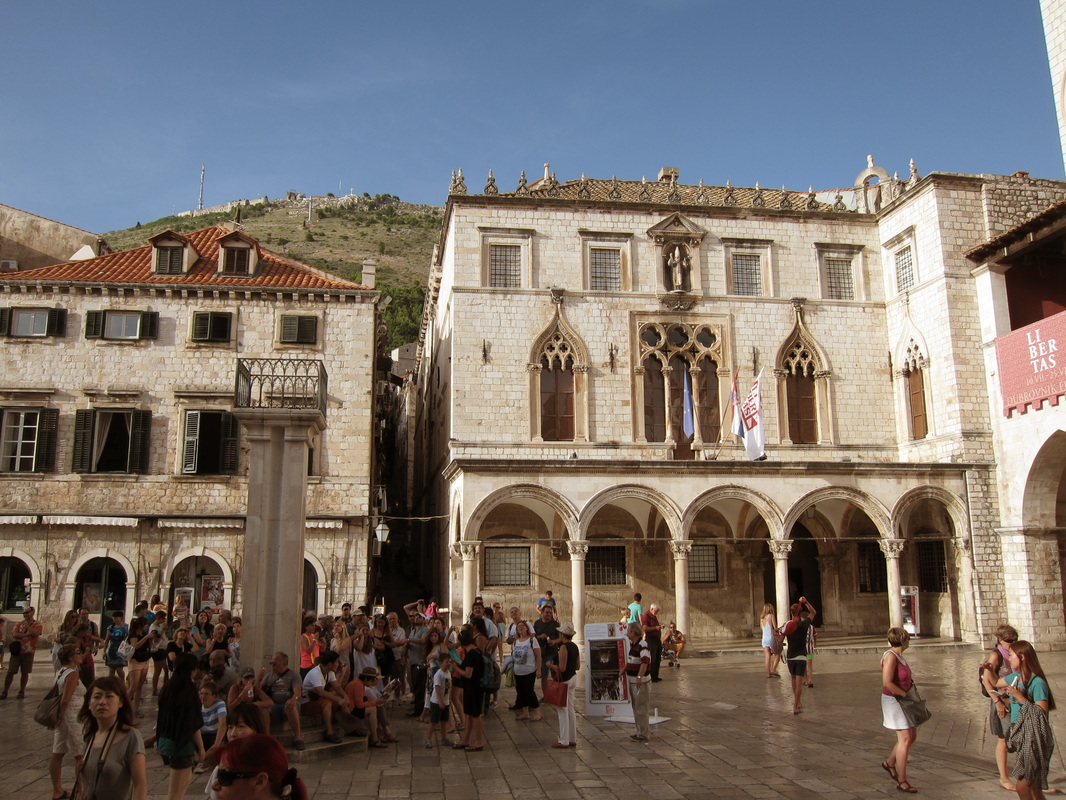 Lots of pretty ladies in golden, strappy, studded summer sandals wearing trendy summer dresses and playsuits. Large Italian (extended?) families – they seem to have this knack for travelling in groups of 10+, surprisingly high number of French-speaking (mostly young) people, as well as a handfull of Asian tourists.

When I visited Dubrovnik for the first time some 15 years ago with my parents, I got the impression it is all just about the old town, neatly packed behind those walls, but this time, as I was staying some half an hour walk from there and a 15-minute walk to the nearest beach, I discovered just how vast an area of the Dubrovnik municipality is. Thanks to this year’s heavy rains, the greenery was really luscious and present everywhere; in the parks, along the roads and even among densely built houses. 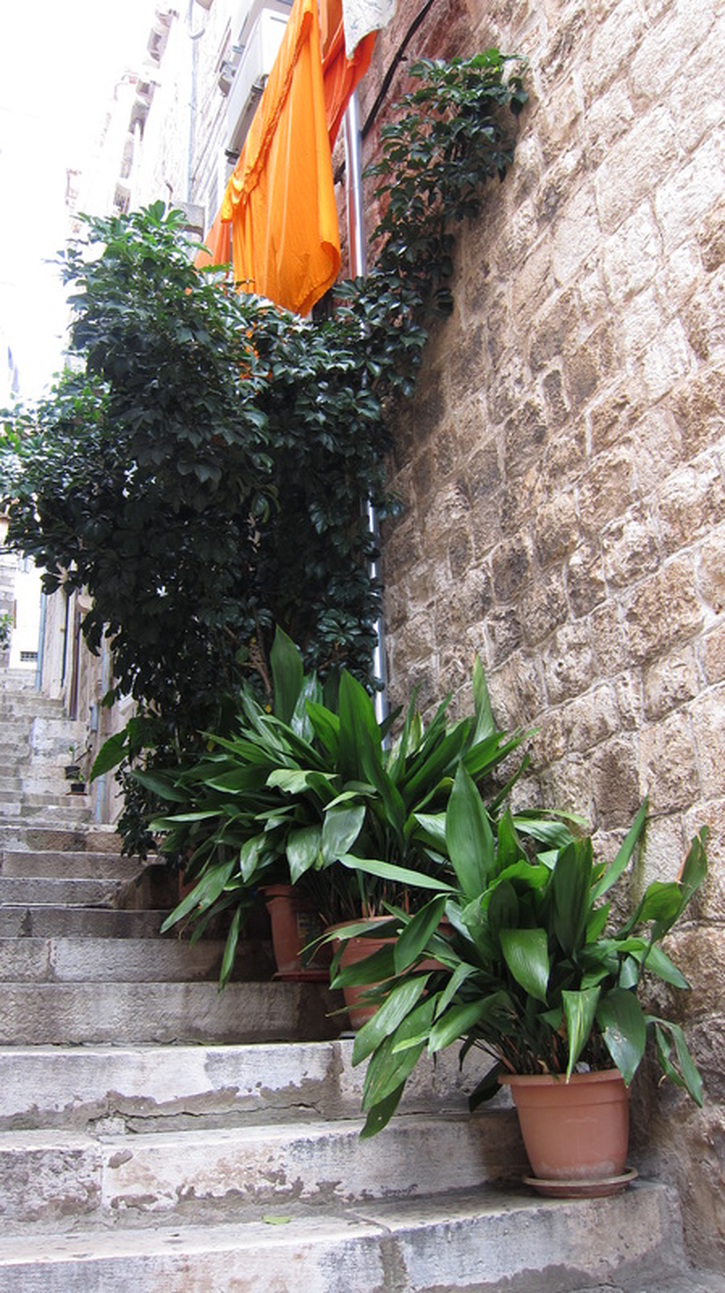 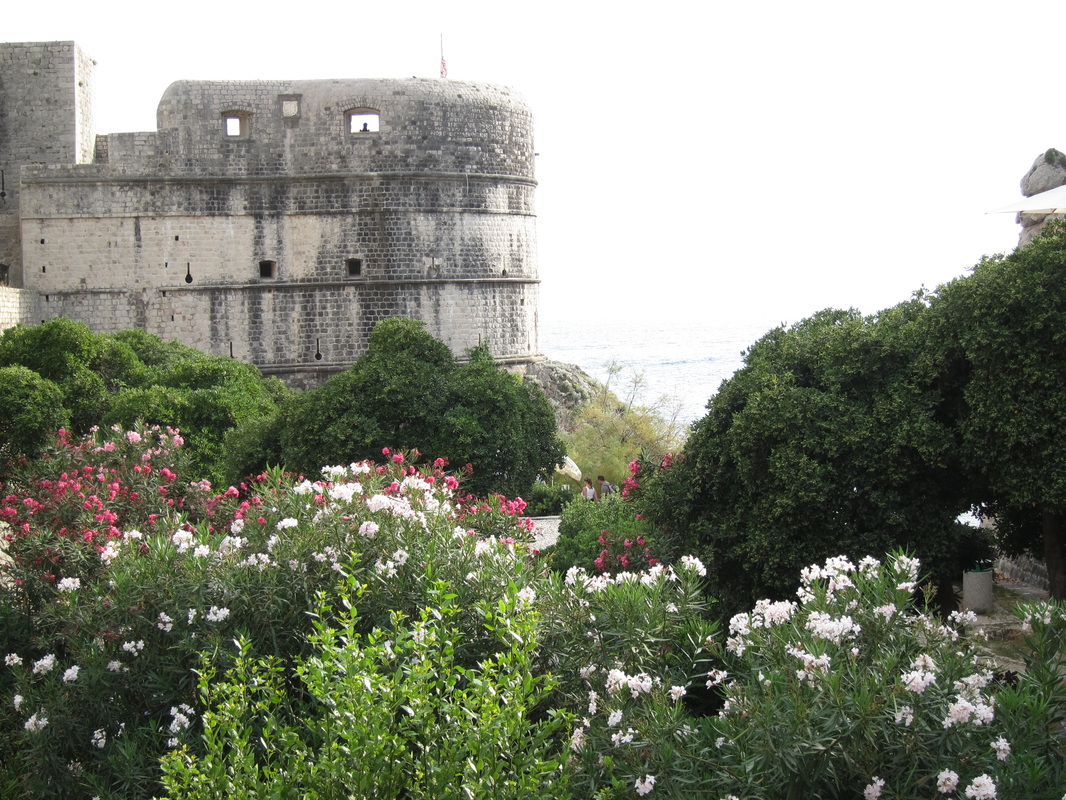 As for the beaches, there are several “city” or “hotel” beaches in the area, full of deckchairs and parasols, which are for rent for 40 and 30 kunas, respectively. I can’t say too much on behalf of those, except that the water is nicely clear and in really nice shades of blues and turq. On other, less civilised parts, the coast consists of rugged rock, making the access to water quite difficult. That being said, I am sure locals know and go to places they keep for themselves and possibly, if you make some effort, you could discover them yourselves.

As already mentioned, Dubrovnik covers a vast area, and using a car is not exactly the most optimal choice, especially cost-wise. Parking fees apply almost everywhere and they rise to as much as 25 kuna per hour (around 3.3 €). Public transport is well organised and easy to use, but no less expensive – a single ticket costs 12 kuna (around 1.5 €). Bringing a bike, a scooter or a motorbike could be the answer, though the up-and-down terrain makes the first two options somewhat less attractive. Which leaves you to a whole lot of WALKING, which I did, most of the time, but it made up for my daily exercise. 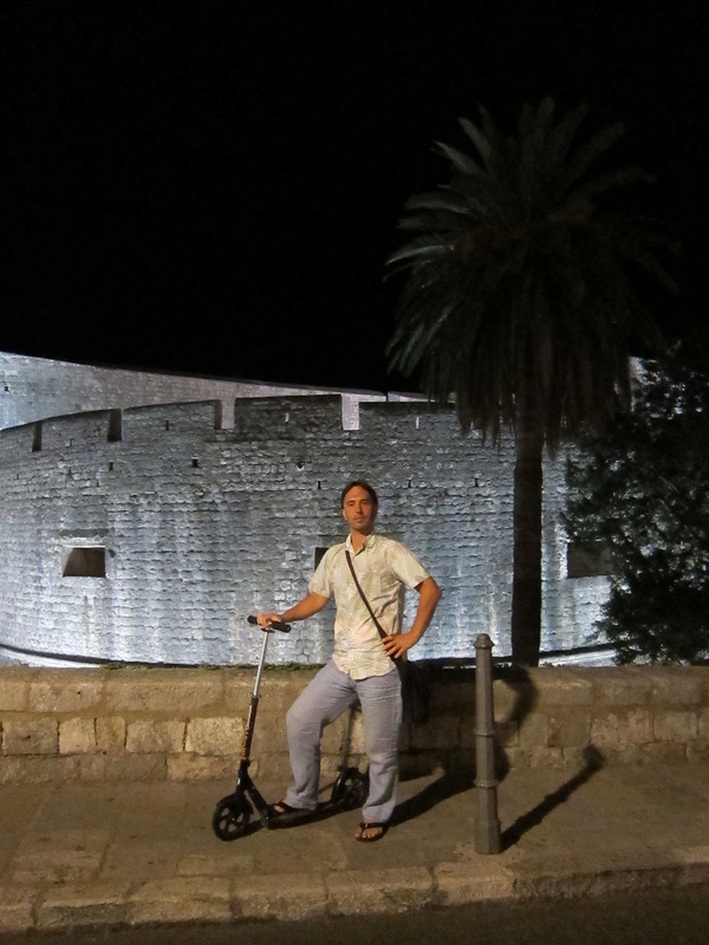 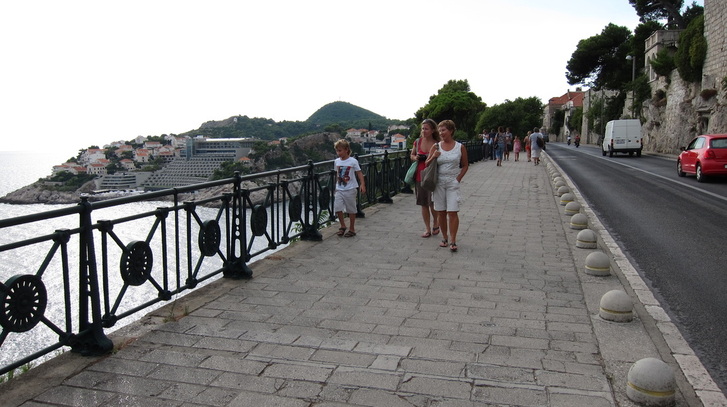 A couple of examples:

A milk coffee on the Stradun (main street): 23 kuna 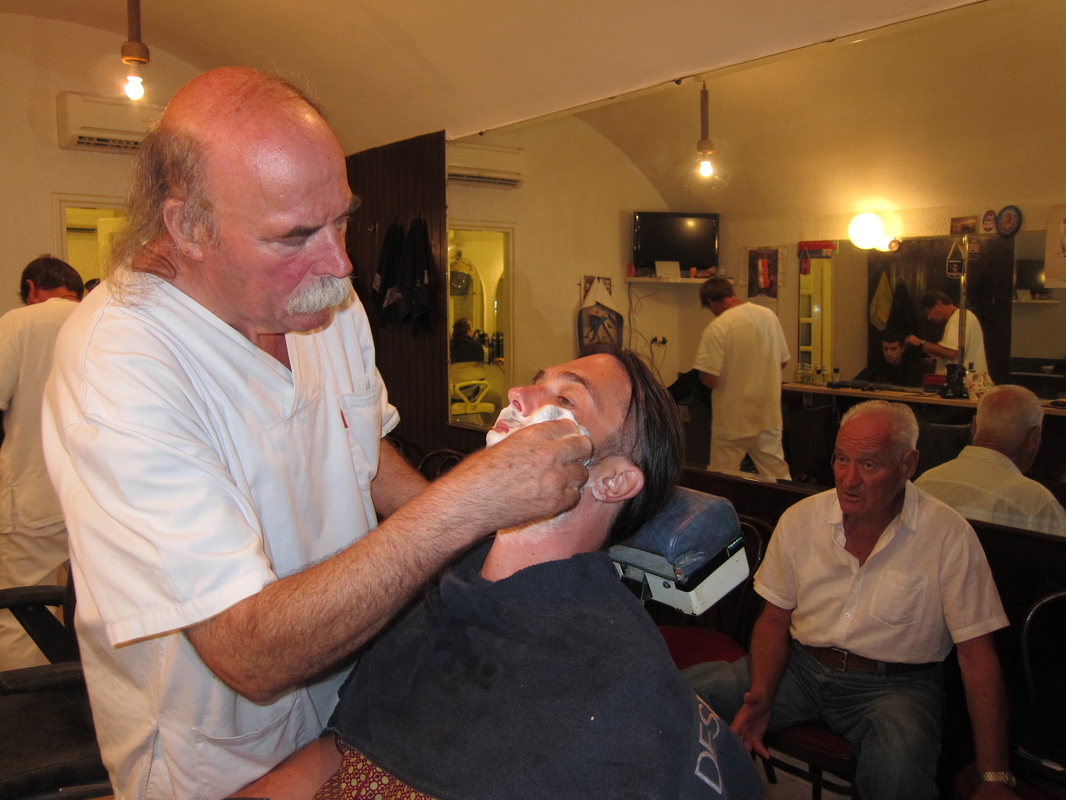 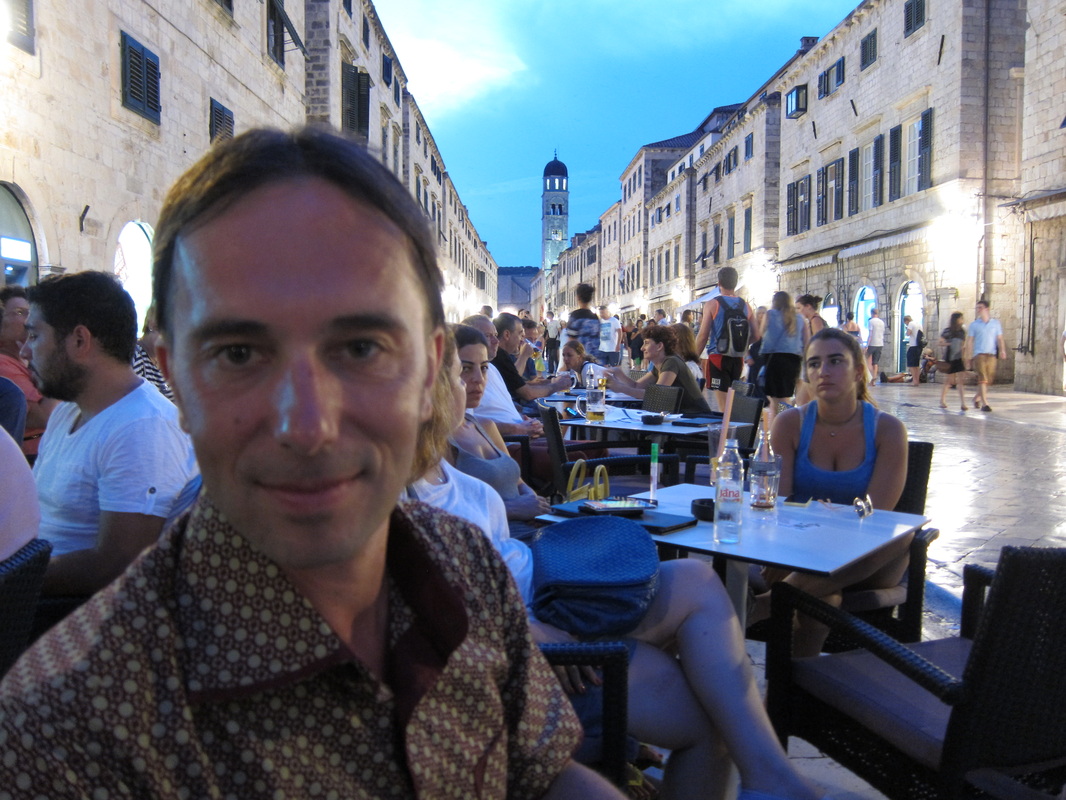 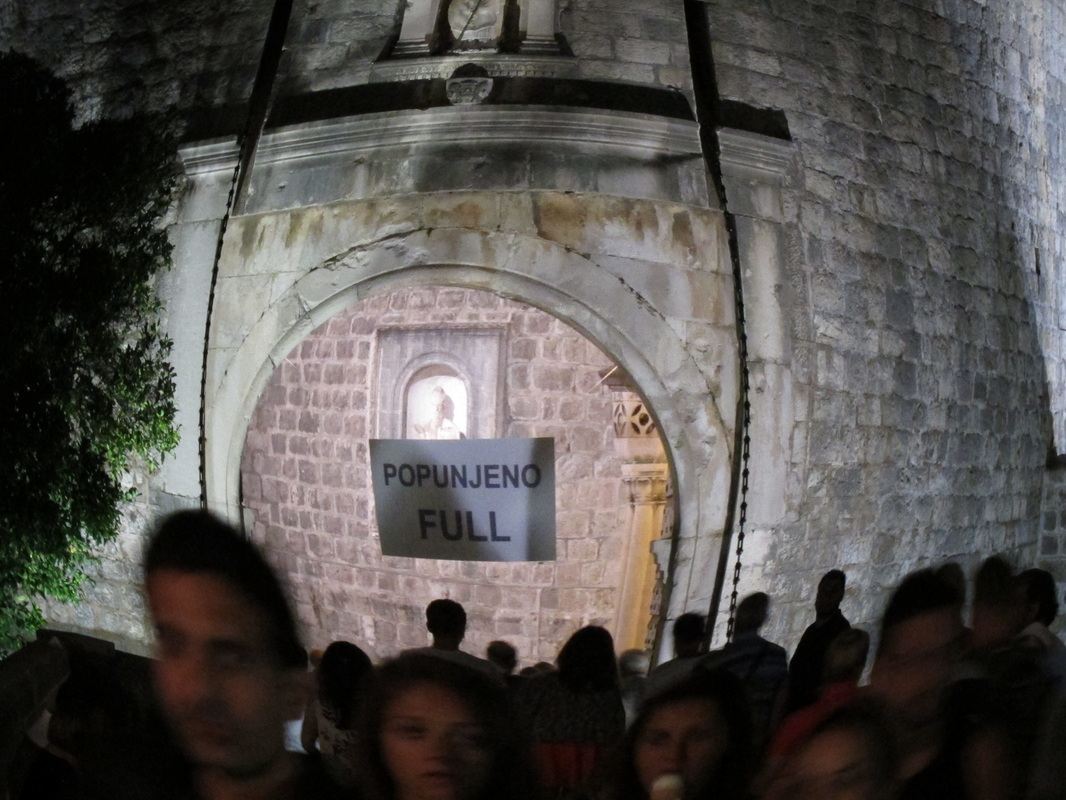 Last, but not least, a few words on my tap-coloured evenings. There was a tap festival taking place during the week I was in Dubrovnik, Boštjan attended the workshops and I joined a couple of evenings. The best party took place on a boat and I was surprised by how relaxed the atmosphere was. One of the most striking and positive things about this festival overall was that there were so many children and very young people (mostly from age 8 to 18, but there was a couple of older people as well). I truly don’t understand how swing dancers can brag about swing encompassing “all generations” when there is hardly any children learning how to swing dance. In Slovenia, there are even very few high school students envolved. Also, teachers were much more integrated and approachable than I have experince with swing festivals, but I was told by tap dancers that this festival is unique also in this way. 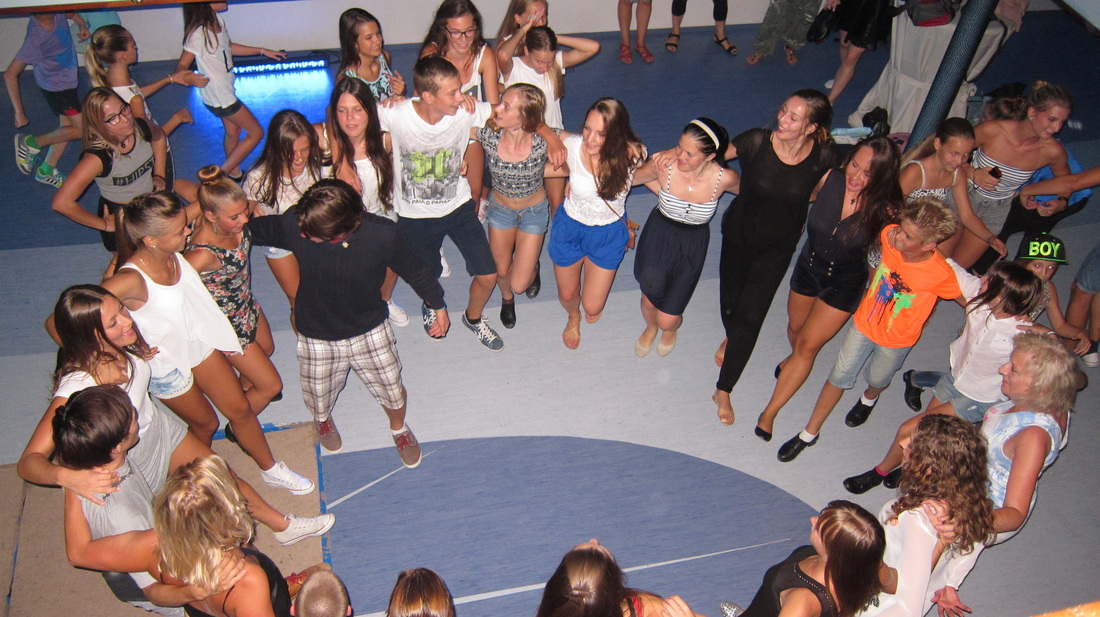 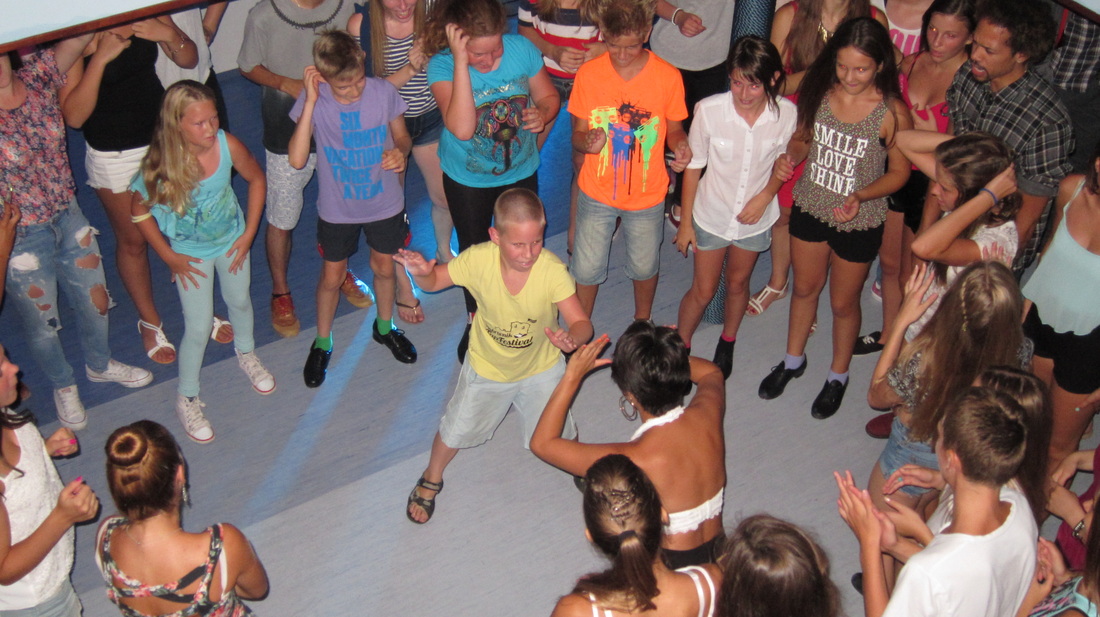 A world-class tap teacher dancing with an 8-year old kid.

I hope you enjoyed this post, next post will be about the island of Korčula or Korkyra in Greek, so stay tuned!